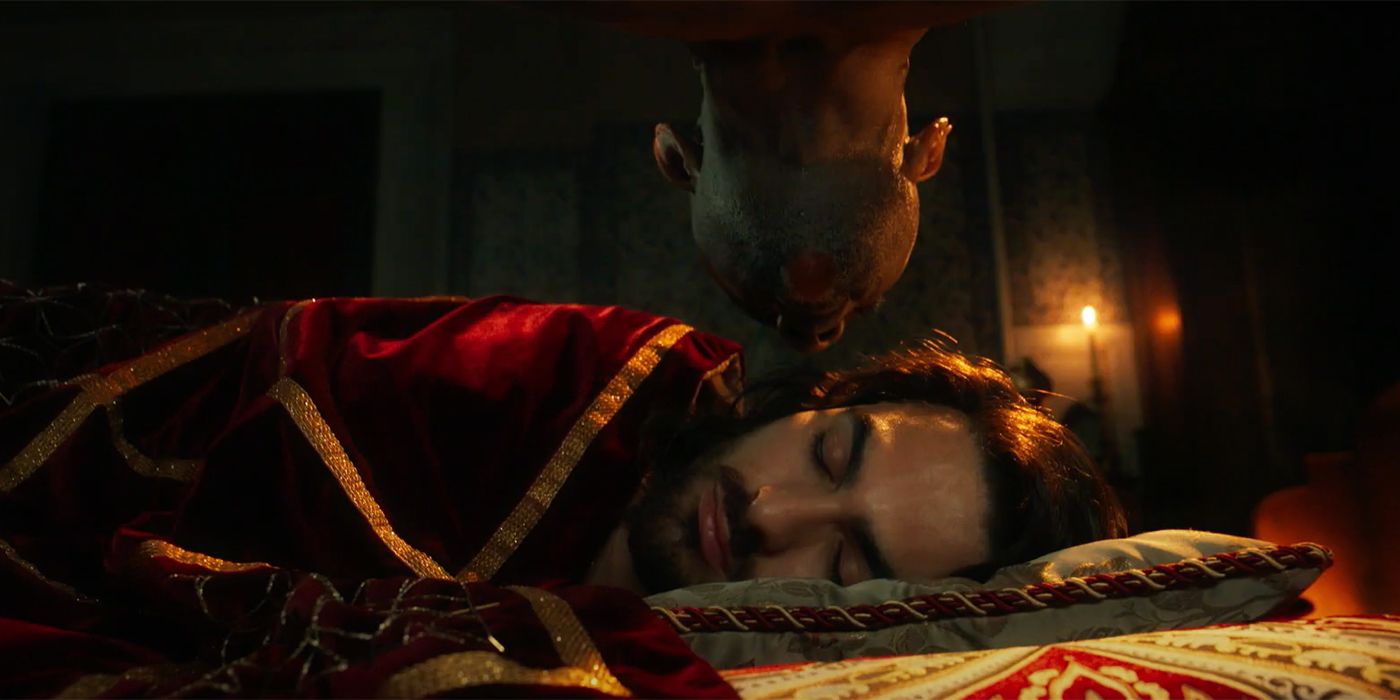 Your wish to see George Miller‘s high-fantasy film Three Thousand Years of Longing early has been granted. The film debuted at Cannes earlier this year to decent reviews and was originally expected to reach theaters on August 31 as one of the last films of the summer months. Now, Tilda Swinton and Idris Elba will be arriving five days early, on August 26.

Three Thousand Years of Longing follows Dr. Alithea Binnie (Swinton) as she recounts a bizarre tale of her trip to Istanbul. As a lonely academic, she heads to the country to attend a conference but decides to buy a keepsake to remember her time. In doing so, she meets a powerful Djinn (Elba) who offers her three wishes in exchange for his freedom. Ever the skeptic, she’s unconvinced by his claim at first but, as a scholar of mythology, she’s also highly aware of how wishes can go horribly wrong if the wisher doesn’t watch their words. The Djinn, longing for his freedom, enraptures her with tales of his past and, eventually, she makes a wish neither of them sees coming.

Miller adapted the film from the fantasy short story “The Djinn in the Nightingale’s Eye’ by A.S. Byatt. Outside the confines of Mad Max, Miller’s been unafraid to get experimental and add some diversity in his work and Three Thousand Years of Longing seems to be no exception. Trailers have showcased the downright bizarre and fantastical visuals throughout the film as it weaves between the past of the Djinn’s stories and the present day with Alithea. Those visuals have been at the heart of praise for the film, along with the strong performances of Swinton and Elba at the center of it and just the sheer ambition of the project. During Cannes, it received a six-minute standing ovation which, while not as impressive as the eleven-minute applause for Elvis, is still an indication of quality.

Joining Miller on the production is newcomer co-writer Augusta Gore alongside executive producers Dean Hood, Craig McMahon, and Kevin Sun. In order to get the music just right, Miller tapped an old favorite of his in Mad Max: Fury Road composer Tom Holkenborg to do the score. Matteo Bocelli, the son of world-renowned operatic tenor Andrea Bocelli, was also brought on to perform an original song for the film titled “Cautionary Tale.”

Miller is still firmly entrenched in the world of Mad Max with Furiosa on the way in the future among other things. For now though, the acclaimed director will be arriving back on the big screen a bit earlier than expected with Three Thousand Years of Longing now premiering on August 26. Check out the trailer below.