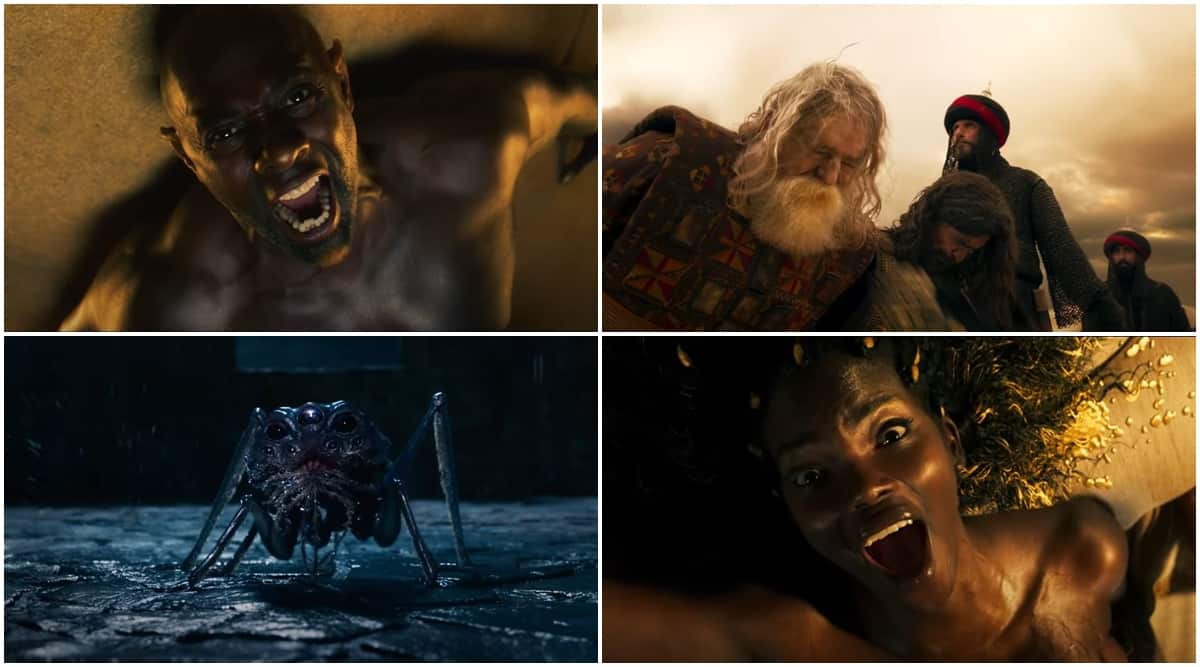 Aussie filmmaking legend George Miller is back. Mad Max spinoff film Furiosa is still a couple of years away, but he is giving us a fantasy epic in the meanwhile, a film that we did not know we needed. Miller has written the movie with Augusta Gore. The story is based on British author AS Byatt’s short story called The Djinn in the Nightingale’s Eye.

The film features Idris Elba as a Djinn. Djinns or Jinns are supernatural creatures in Arabian folklore that grant wishes but may have their own motives as well. Tilda Swinton essays the role of a scholar who is on a trip to Turkish capital Istanbul and encounters a Djinn. He offers to grant three wishes to her. She is initially doubtful, but agrees.
- Advertisement -

A teaser released online is nuts, in the best way possible, like Mad Max: Fury Road’s chase scene was. It is basically a 19-second montage that deserves to be paused nearly every other second due to loads of weird, exciting imagery packed in those few seconds.

The video begins with Elba’s Djinn screaming as his essence is being transported to his bottle. Then we seem to go back in time as the visuals are of insides of palaces and people dressed in clothes worn hundreds of years ago.

“From the mad genius of George Miller…” says the clip. Here are a few stills from the teaser.
That is the scariest spider ever. (Photo: MGM)

The sultan’s enemies awaiting punishment. (Photo: MGM)
There is a shot of a women’s bath, the bottle with Djinn inside thrown into the water. Severely obese people relaxing in an indoor setting, a spider seemingly formed out of magic that disintegrates into scarabs, a man — perhaps a ruler — dealing with his enemies once and for all, and amid all that, a ridiculously quotidian shot of Swinton’s character sitting in a train.

We still don’t know what to make of Three Thousand Years of Longing, but the teaser has intrigued us with its resonant imagery, that may not mean much right now but is enough to elicit interest in what Miller and his crew have cooked up. If the director is known for one thing, it is for sheer commitment in everything he does.

Three Thousand Years of Longing does not have a theatrical release date yet.