HomeHollywoodTom Cruise on His Passion for Stories Like Top Gun & Mission:...
Hollywood

Tom Cruise on His Passion for Stories Like Top Gun & Mission: Impossible 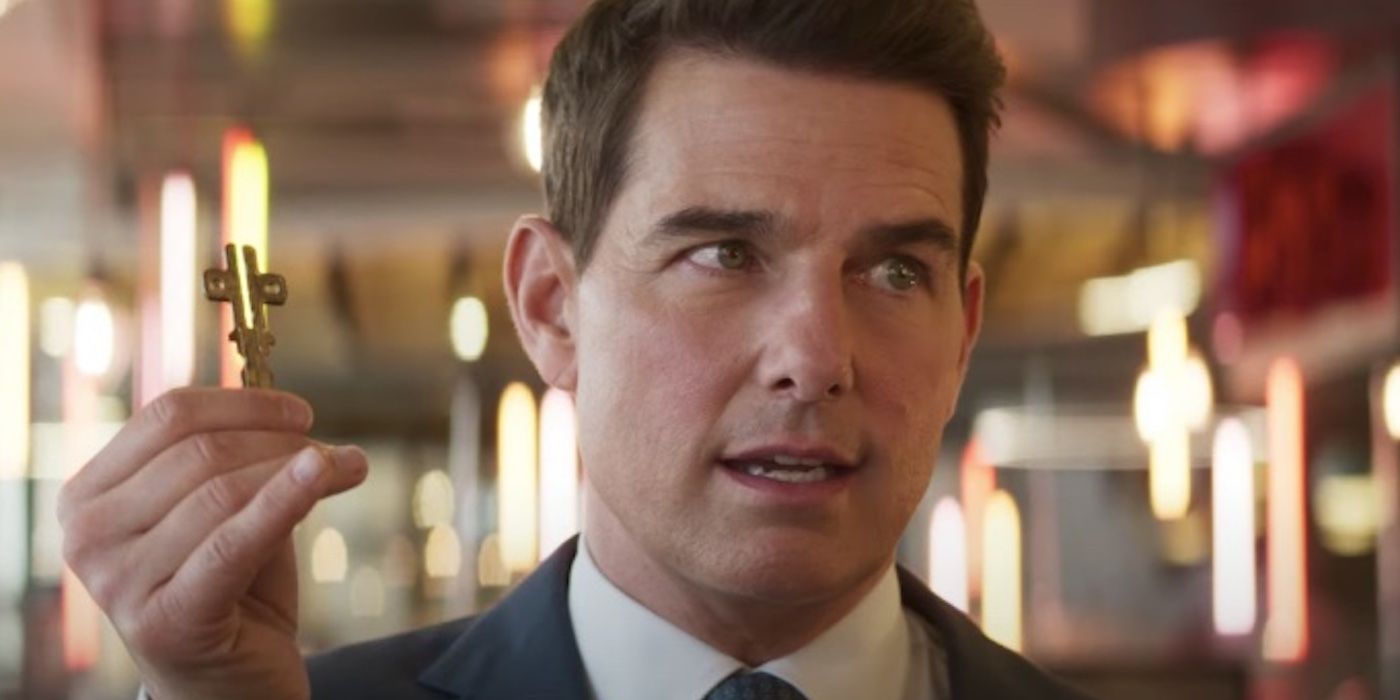 While at Wimbledon, Oscar-nominee Tom Cruise took some time to talk shop with the hosts of the Light the Fuse podcast for their 200th episode, regarding the upcoming seventh chapter in the Mission: Impossible franchise, Mission: Impossible – Dead Reckoning Part One. From discussing Mission‘s epic protagonist Ethan Hunt’s varying hairstyles, to Top Gun: Maverick and the nuances of filmmaking, Cruise and Oscar-winning director (and long-time esteemed colleague) Christopher McQuarrie proved their synergy on film and off. While the two were careful not to give too much away for Dead Reckoning, the way the director and leading man spoke of their art indicates the seventh and eighth installments may very well be the greatest yet of the entire franchise.


Paramount is flying high after the record-breaking success of long-time-coming sequel Top Gun: Maverick, and the studio has no intention of letting off the gas. While reboots and re-imaginings may be taking center stage across both film and series, Paramount is taking full advantage in refining the art of sequels. With their top gun, Cruise, back in Paramount’s corner, the seventh Mission film was given the green light, with McQuarrie tapped to return to the director’s chair after his first franchise entry, Mission: Impossible – Ghost Protocol, essentially revitalized the saga in 2011. The director proved a vital ally in the actor’s career, and vice versa, and took over the subsequent Mission films moving forward. The two struck gold, and in 2022 Paramount fed off this dynamic duo’s craftsmanship once again when McQuarrie’s screenplay for Top Gun: Maverick, piloted by Cruise and director Joseph Kosinski, soared to heights of $1.3 billion dollars worldwide.


When asked about the third installment of Mission: Impossible with director David Fincher (Se7en) that never was (eventually going instead to Alias‘s J.J. Abrams), Cruise launched into a discussion about finding his own voice through filmmaking and producing. The actor described how he went from 1986’s Top Gun to exploring the in’s and out’s of producing films, studying each department carefully and learning what great filmmaking was to him, explaining his “passion for storytelling and cinema.” It was during the filming of Valkyrie that Cruise felt a connection to “McQ,” as he warmly referred to the writer and director. In McQuarrie he found the heart of the M:I franchise, saying:

“McQ understood, most definitely, not only that franchise but just a basis of storytelling, and a wide range of storytelling. He understands that with structure and tension, with suspense in a structure, you can have comedy, you can have drama, and so that’s where we went… I’ve loved my working with McQ – he and I met on Valkyrie – and it’s just been an exceptional experience working with him. …you read his scripts and his ability, his sense of storytelling and logic, and sense of personal adventure, and willingness to never give up and explore character and story under tremendous amounts of pressure that he loves, he actually thrives on it.”

McQuarrie had equally high praise for Cruise, who he described as a “raw nerve” when evaluating scenes, saying he’s never met someone so honest about the work they’ve created than Cruise. Between quips from previous productions, they spoke on one scene in particular, the bar scene from Maverick, and about how it was Cruise that orchestrated certain aspects of how the scenes shifted in correspondence with the music playing – such a fine detail, but the two agreed it was as complex as the opera scene in McQuarrie’s Mission: Impossible – Rogue Nation. The admiration runs deep between the two men, with Cruise lauding the director as a genius “who has had a hand in” every project he’s done for the past fifteen years, sharing their sentiment that in their line of work “pressure’s a privilege.” If their collaboration on Maverick was under any kind of pressure that certainly explains why the film has become a cinematic diamond.


“…we look at anything where it’s not going the way we think it’s going to go as an opportunity to take it in a way that’s going to be even more exciting. And that’s what you start feeling with the Mission movies… he understands that, and how to utilize that camera and that storytelling, and how to build that action in a way that will thrill an audience and put them on the edge of their seat. Those are the things we’re looking for, you want that lightning in a bottle…”

Mission: Impossible – Dead Reckoning Part One is slated for theatrical release in the summer of 2023. With McQuarrie once again taking up the helm, and Cruise’s passionate involvement in the emotional evolution of his character Ethan Hunt, the upcoming two-parter will hopefully take the M:I franchise to Maverick‘s god-sequel tier. You can watch the official trailer below: