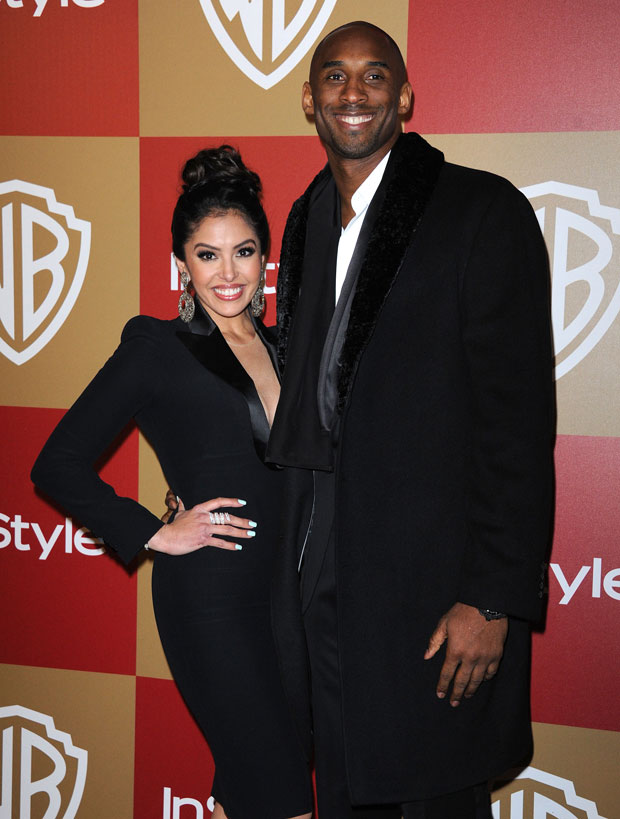 Vanessa Bryant, 39, honored her late husband Kobe Bryant and celebrated Mary J. Blige all at once. In a throwback video, Vanessa and the professional basketball player sat side-by-side as they sang along passionately to Mary J. Blige’s hit “I’m Goin’ Down” as she performed it on stage. “Happy birthday MJB,” Vanessa captioned the bittersweet post along with a series of heart and broken heart emojis. “Thank you so much!! Love you!!❤️❤️❤️” The R&B singer responded in the comments section.

Vanessa and the Los Angeles Lakers player were dressed to the nines. Vanessa wore a sparkly gown with a plunging neckline while Kobe sported a classy suit and tie. Their love for each other radiates through the video as they broke mid-video and started cracking up at each other.

The former dancer also celebrated what would have been her late husband’s 43rd birthday this past August. In a throwback picture, the basketball legend held Vanessa in his arms as they locked lips in front of his trophy. “Happy birthday, Papi. Te Amo por siempre. Amor Eterno. ❤️💔 43,” she captioned the heartfelt post. She also paid tribute to Kobe and her late daughter Gianna Bryant two years after they passed away.

Kobe and Gianna passed away tragically in a helicopter crash on January 26, 2020. The helicopter crashed hillside in Calabasas due to foggy weather killing the father and daughter along with seven other passengers. Vanessa spoke out four days following the incident and paid tribute on behalf of her family. “We are also devastated for the families who lost their loved ones on Sunday, and we share in their grief intimately. There aren’t enough words to describe our pain right now,” she wrote in part.

Her daughter Natalia Bryant has also had to deal with the pain of losing her father and sister all at once. While it may be tough for some children to process, she said she actually benefits from discussing the tragedy. “I love talking about my dad,” she told Teen Vogue. “It’s bittersweet, but I enjoy talking about him more than it’s sad for me.” Besides sharing stories about Kobe, Natalia also explained how the family tries to keep their dad and Gigi in mind everyday. “[For] my little sisters [we’re] trying to keep that memory for them. And also just trying to remember to live out every day the way they would.”