Vin Diesel Reveals Jordana Brewster Was Almost Written Out Of ‘Fast Ten,’ Until His Daughter Stepped In – Entrendz Showbizz 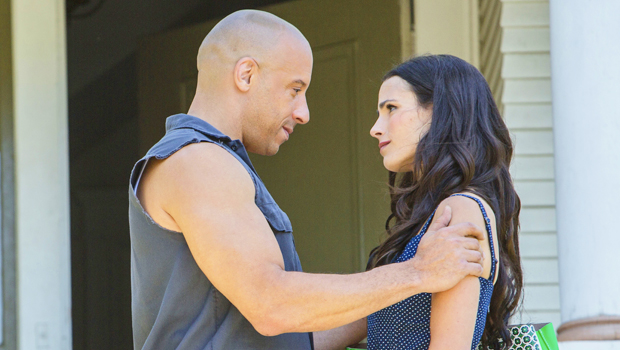 
Vin Diesel, who plays Dom Toretto in the popular Fast and Furious franchise, revealed that a beloved character was nearly cut from the upcoming tenth film. That character was Dom’s sister, Mia Toretto, who is played by Jordana Brewster. “When the F10 script came in, it excluded Mia Toretto…. Someone whom I’ve attributed the brotherhood of Dom and Brian to,” Vin, 54, wrote on Instagram April 20. The movie star made the confession in a post that featured a throwback photo of himself, Jordana, and the late Paul Walker, who played Brian O’Conner in the franchise until his death 2013.

Vin went on to say that he “was so disappointed” about his on-screen sister’s initial absence from Fast X, and he even questioned how he could “continue” the franchise without her. But things changed thanks to one of Vin’s daughters (either 14-year-old Hania Riley or 7-year-old Pauline.) “You will never believe who corrected the very important role of Mia… my daughter, the Alpha Angel, who told the director [Justin Lin] very plainly and honestly ‘NO MIA NO FAST 10!’ ” Vin revealed, adding that the “irony” of the situation is that Jordana was the first person Vin told about his daughter’s birth while they were filming with Paul.

Speaking of Paul, Vin explained that he keeps making Fast and Furious movies to “always honor” his late co-star. He continued, “In the real world, I will always look after his family, because in the real world he is family. Fast could never have been here without the profound love and brotherhood between Dom and Brian, established in 2001. Thank you for believing in me, in us… I won’t rest until I make you, him… and the universe proud.”

Jordana, who has been involved with the Fast and Furious franchise from the beginning, shared some love back to her on-screen sibling. “I love you brother,” she wrote under his post. Vin had revealed that Fast X was the official title for the tenth movie in another IG post from April 20. He also revealed that filming had officially begun by writing, “Day one.”

Michelle Rodriguez, Tyrese Gibson, Nathalie Emmanuel, Sung King, and Charlize Theron are returning for the next film. Jason Momoa and Brie Larson have also been cast. Fast X will be released in theaters on May 19, 2023, followed by the eleventh and final film in the franchise.

Carmen Electra’s Marriages: Everything To Know About Her Two Husbands