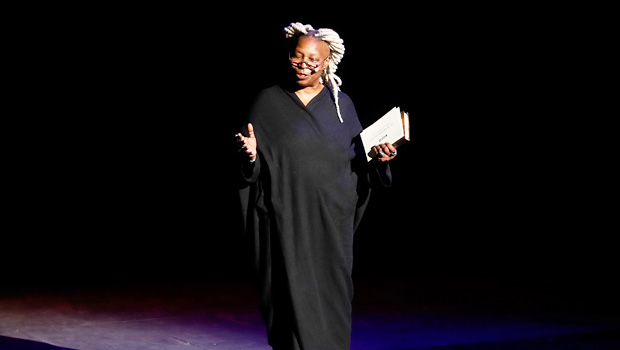 
Whoopi Goldberg called the Supreme Court decision overturning a New York gun control law a “middle finger” to the Empire State, shortly after the ruling came in on Thursday, June 23. The View co-hosts were discussing a recent Supreme Court decision, which passed 6-3, that struck down a New York law, which required people to show “proper cause” in order to concealed carry a gun outside of their home. The ruling overturned laws in eight states and Washington D.C.

BREAKING: Supreme Court rules against the majority of New Yorkers by ruling that they do not have a right to be safe riding the New York City Subway

Clarence Thomas is the gift that keeps on giving #TheView pic.twitter.com/SivJFYXwKX

Whoopi seemed stunned by the decision and pointed out how it’ll likely make new problems for police in identifying people concealed carrying in public. “It’s not even stupid. It’s such a middle finger to New York,” she said. “We have been trying to figure out how to get a handle on all that has been going on in this city in particular with gun laws, and it makes you wonder: what does this mean? Are we saying to people, ‘Yes, you can come to this city and conceal your weapon’? And now the police have to figure out who’s carrying and who’s not and who’s legal to carry? It’s insane.”

Co-host Ana Navarro also called the decision “tone-deaf” following the recent mass shootings, especially one in Buffalo, New York, which left 10 people dead. “To me, what this decision is, is tone-deaf to the very American epidemic and reality we are living,” she said. “We are at a time in American politics where the pressure and the outrage by Americans—the majority of Americans—is such that we’re finally seeing bipartisan movement in the Senate on crafting a gun reform legislation. This is a victory for the [National Rifle Association].”

Stars Who Urge Protestors To Vote To Affect Change: Photos

Before cutting to a commercial, Joy Behar showed just how angry she was about the decision, saying that guns don’t jive with most New Yorkers’ values. “The people in this city are enraged as it is. The subway’s broken down. The airports have delays. People are crazy as it is,” she said. “By the way, if I want to live in a gun control state, I would’ve moved to Texas. I live in New York, which is not a gun culture state. Thank you.”