Why Kevin Smith’s Jersey Girl Is a Wholesome Triumph 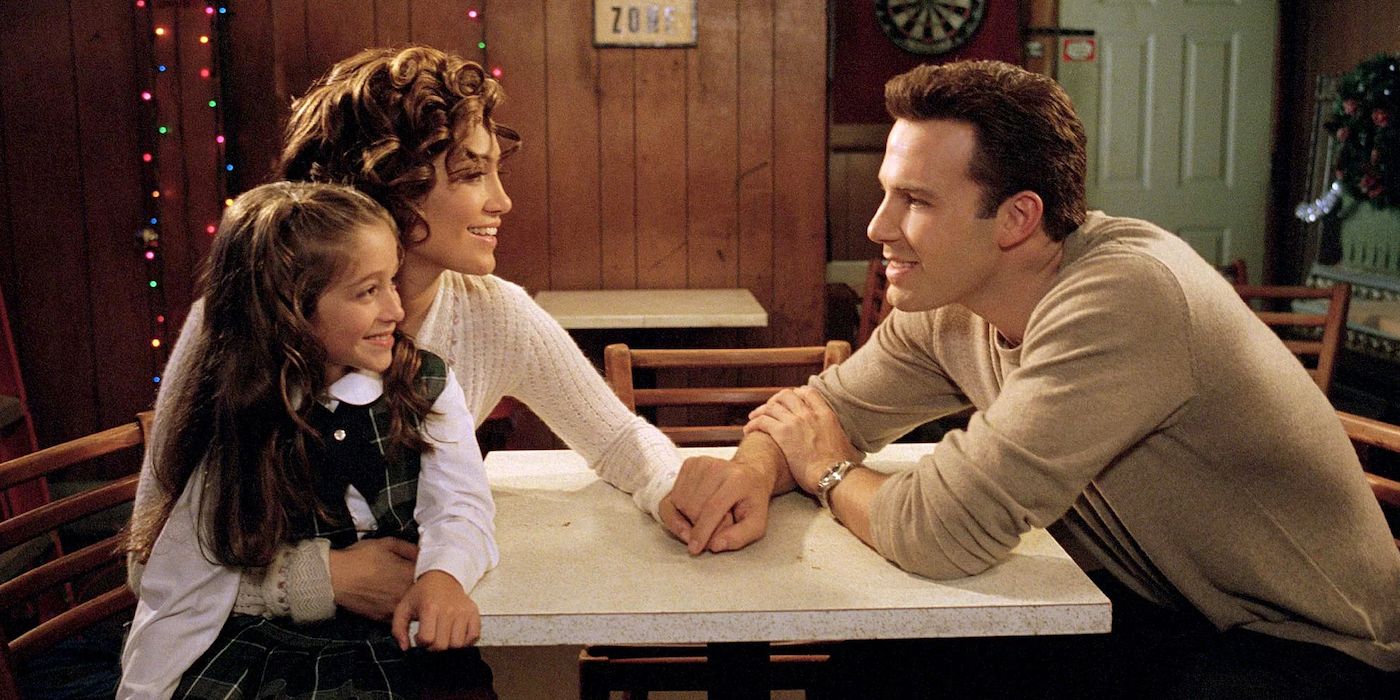 You may not have felt it, but Jersey Girl is in the air. Kevin Smith recently celebrated his 52nd birthday and his next film, Clerks III, is due out this summer. Ben Affleck and Jennifer Lopez recently reunited and were married at a Las Vegas chapel. Everywhere you look, it feels like the universe is telling you one thing: give Jersey Girl another chance. Who am I to argue with the will of the universe? Indeed, it is long past time to revisit and offer a passionate defense of Smith’s much-decried 2004 film.

Jersey Girl stars Affleck as a New York music publicist and Lopez as his wife, who dies during childbirth. Left alone with a newborn, Affleck retreats to his father’s (played by the late, great George Carlin) place in New Jersey. After his career tailspins, he devotes himself to being a dedicated dad and later meets a charming video store clerk (Liv Tyler) who brings some much-needed pep and romance back into his life. When offered a shot at career redemption, Affleck’s character must decide what he truly desires: a return to the boisterous, stressful big city life, or a quieter, happier life in the New Jersey suburbs. Upon its release, Jersey Girl bombed at the box office, was nominated for 3 Razzie Awards, and was declared by The Washington Post to be “just horrible,” with a “torturous finale.”

Jersey Girl was the first Kevin Smith film to be set outside his View Askewniverse and did not feature the many hockey-playing, comic-reading, slacker characters that Smith fans had come to know and love (only Liv Tyler’s character feels like she belongs in a typical Kevin Smith movie). Instead, it took a more traditional rom-com approach. But after years of making films that both celebrated and lovingly admonished convenience store clerks and mallrats, Smith’s Jersey Girl offered a much-needed critique of a high-powered big-city existence that may earn some people lots of fame and wealth but ultimately leads to an unfulfilling existence.

Jersey Girl is a surprisingly wholesome, Capraesque film that celebrates adulthood and commitment to family. Perhaps that’s why it struck a wrong chord with the fanbase that Smith had cultivated up to that point, but the film’s message is an important part of Smith’s worldview and reverberates across future View Askewniverse entries. Consider, for example, the conclusion of Smith’s next film Clerks II, in which Dante (Brian O’Halloran) decides to stay in New Jersey with his best friends and marry the woman (Rosario Dawson) who truly loves him. This is essentially the ending of Jersey Girl dropped into the View Askewniverse. Smith’s next film after Clerks II, Zack and Miri Make a Porno, similarly ends with its heroes falling in love and getting married.


In other words, Jersey Girl marks a significant turning point in Smith’s filmography. He is no longer a 20-something interested only in chasing after women and obsessing over comic books. Instead, he’s a father and husband navigating the next era of his life. Smith grew up and so did his characters. Perhaps some people thought this growth was sudden or surprising, but it was a necessary next step in Smith’s development as an artist.

Jersey Girl does something surprisingly rare for a film that isn’t on the Hallmark Channel: it celebrates everyday people. It relishes in the dreams and ambitions of people who aren’t famous and probably never will be. It says that life in a small town—as long as that life is a fulfilling and happy one—is definitely worth living. As long as you are chasing after the life you really want, you are a superhero in the eyes of Kevin Smith.


Even if Jersey Girl’s beautiful, life-affirming message doesn’t appeal to your cold black heart, there is still much to marvel at here, such as George Carlin’s surprisingly dramatic turn as a lonely old widower trying to steer his son in the right direction, or Raquel Castro’s endlessly charming performance as Affleck’s 7-year-old daughter. Vilmos Zsigmond’s cinematography is warm and beautiful, Liv Tyler delivers one of her best performances, and even Will Smith shows up for a memorable cameo. Honestly, what is there not to like about this movie?

Perhaps if Jersey Girl had come out after Clerks II, Smith fans might’ve been less surprised at how sentimental he’d become. Maybe if Ben Affleck and Jennifer Lopez weren’t such enormous targets for gossipmongers, the film would’ve received less derision. Maybe if the trailer wasn’t so lame, more tickets would’ve been sold. But these excuses are all ancient history. Today is as good a day as any to revisit—or watch for the first time—a film that will inspire laughter, warm your heart, and make you reconsider every bad thing you’ve ever said about the state of New Jersey.