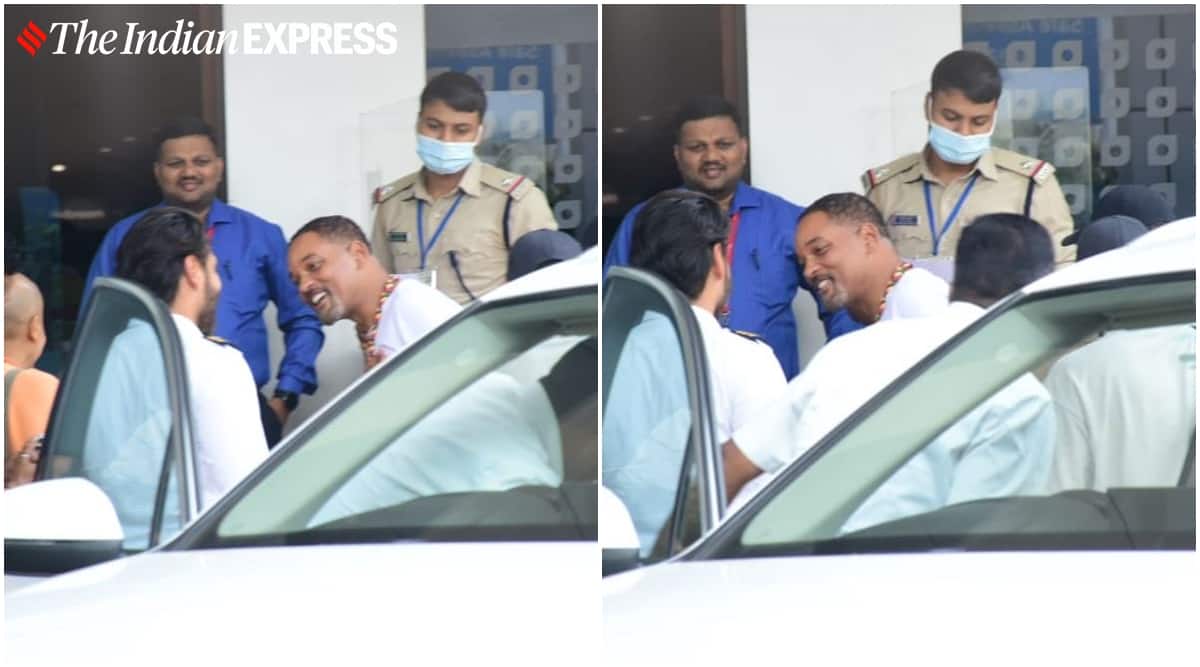 Hollywood star Will Smith, who recently landed himself in hot water after slapping Chris Rock at the Academy Awards ceremony, was spotted at Mumbai’s Kalina airport.

In the photos, Smith can be seen alighting from a car and heading for the terminal as he interacts with a man who is likely his host in the city. The reason for Smith’s visit is not yet known, but judging by the accompanying monk, it may have something to do with the spiritual leader and Isha Foundation’s Sadhguru. Smith counts himself as one of Sadhguru’s followers.
- Advertisement -

Will Smith was heading for the terminal when he was clicked. (Photo: Varinder Chawla)

The reason for Smith’s assault was a joke Rock had cracked moments before about the former’s wife Jada Pinkett Smith. In the joke, Rock said while referring to Jada, “G.I. Jane 2. Can’t wait to see it.”

1997’s G.I. Jane, a war drama, had Demi Moore playing the role of the (fictional) first female Navy Seal who shaved her head. The joke was ridiculing fun of Jada’s lack of hair due to a condition called alopecia.

Minutes after the slap, Smith was awarded an Oscar in the Best Actor category for his performance in King Richard. He apologised for his behaviour in his speech and later through a social media statement. As a consequence for his actions, the Academy banned him from Oscars and other Academy events for 10 years.