Stories of outsider artists are usually wrapped in a certain romantic glow: the solitary pursuit, the single-minded vision, the obscurity and indifference to fashion. Sometimes the artist never sought recognition; sometimes they did and were met with a cold shoulder, casting that romantic glow in the shadow of rejection. For Aksel Waldemar Johannessen, who died in 1922 at age 42, apparently having succumbed to alcoholism, life in the shadows was the very subject of his work. He painted the proletariat, the people of the streets, the prostitutes and the dipsomaniacs, and he often made himself a subject, with brutal, unfiltered honesty.

Images of a Nordic Drama, which takes its title from the name of a 1994 exhibit mounted after Johannessen’s rediscovery, is concerned with the drama those powerful images convey, but its main focus is the drama that would surround them more than 70 year after the artist’s death.

Images of a Nordic Drama

An illuminating look at professional cliquishness.

Turning to nonfiction for the first time, director Nils Gaup (whose debut feature, 1987’s Pathfinder, was nominated for an Academy Award) is less interested in Johannessen’s biography — the film offers the bare basics of his adulthood, not always with clarity — than in the canvases themselves. But most of the documentary is concerned with one man’s struggle to place the painter in the modern pantheon. Whatever the power of the paintings — and that power is considerable — the doc is most illuminating as a tale of art establishment politics and the kind of groupthink that’s antithetical to the creative, nonconformist essence of art itself.

“The greatest shock of my life” is how the writer and art collector Haakon Mehren describes his first encounter with Johannessen’s work, a small trove of whose canvases were discovered hidden away in a barn. He would spend more than 30 years as the painter’s diligent promoter, in the process butting heads with the official canon and its gatekeepers — specifically, the art-world establishment in Norway. There are damning revelations about the ways in which that upper crust reacted to his relentless campaign for Johannessen.

Gaup takes a basic talking-heads approach, incorporating new interviews with writers and scholars along with TV news clips and other archival material. At the center of it all, Mehren, now in his 80s, is ardent and affable. (And it turns out that his preservationist bent extends well behind the art gallery.) His first triumph, after buying the paintings for a lump sum and restoring them, was to organize a Johannessen exhibit at Blomqvist, the same Oslo gallery where the painter’s only previous show took place, soon after his death, organized by his wife, Anna, as she was dying of cancer.

That 1923 exhibition drew not just rapturous reviews but the praise of Edvard Munch, the preeminent Norwegian artist to whom Johannessen would endlessly be compared, in ways both laudatory and diminishing. Johannessen’s posthumous fame was fleeting: The paintings fell into a public guardianship, his young, orphaned children oblivious to the acclaim his work had received. Mehren’s detective work to piece together the artist’s story led him to his younger daughter, at the time nearing 80 and an invaluable source of information — and more of her father’s paintings.

The Blomqvist show that Mehren put together in 1992 was a hit just like its predecessor. But while curators in other parts of Europe embraced the chance to exhibit the paintings, the roadblocks went up with a shockingly loud clang in Norway, notably from the National Museum and, in a cruel paradox, the Munch Museum. The paintings simply weren’t good enough, they claimed, the former organization’s director delivering a full- throated denunciation of Johannessen’s art. Reporting for Norwegian TV on the show at the Doge’s Palace in Venice that gives the film its name, a critic seems to take pleasure in being dismissive. “This,” Mehren says of all the naysayers, “was Norway in a nutshell.”

But he found an ally at last in Danish art historian Allis Helleland during her brief stint as head of the National Gallery. She would be gone in less than year, her championing of Johannessen a key factor in her departure. Interviewed for the film, she describes the impact of his paintings: “It’s like when you’re reading Hamsun; your stomach hurts, but you must read on.” After running with the denigrating pack, Munch expert Arne Eggum had a change of heart on Johannessen’s talent, discovering that his canvases contain “images that become your memories.”

Some of the film’s interviewees will probably be familiar to Norwegian audiences, as will historical facets of the story; Gaup doesn’t take time to explain these for other viewers, letting the names of certain figures hang in the air as if they speak for themselves. But what’s universal about Nordic Drama is its eye-opening complaint against the ways that self-preservation and self-aggrandizement can become the engines driving cultural institutions.

Noting the increasing role of private wealth in public art — as a means of increasing that wealth — Gaup ends the film on a note of victory for Mehren and Johannessen, but not one without irony. The documentary he’s made resounds well beyond Norway and the art world in general, especially at a moment when questioning or dissenting voices tend to be castigated and silenced. As Helleland says of the paintings that so affected her, “It’s about treating them seriously.” 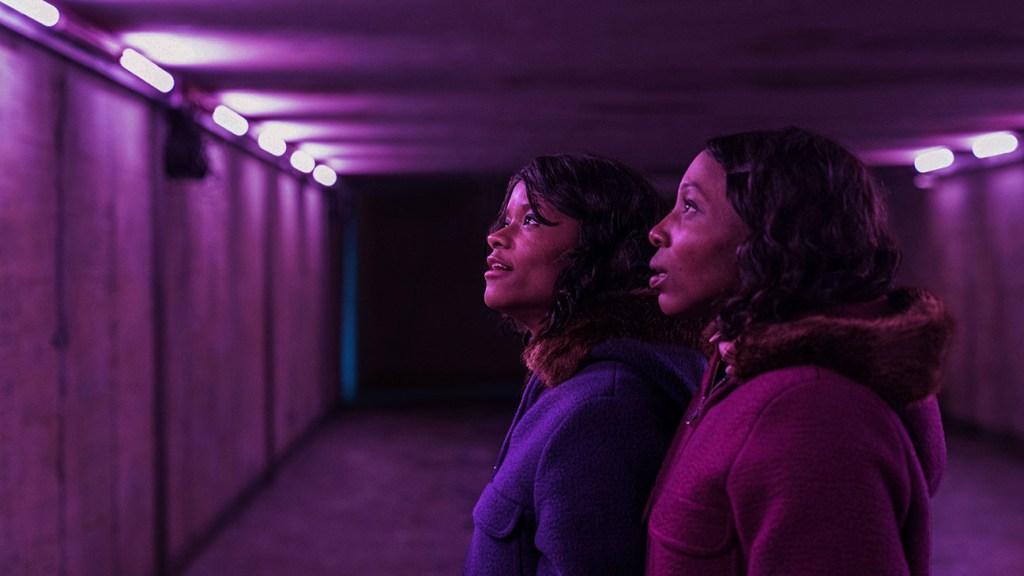 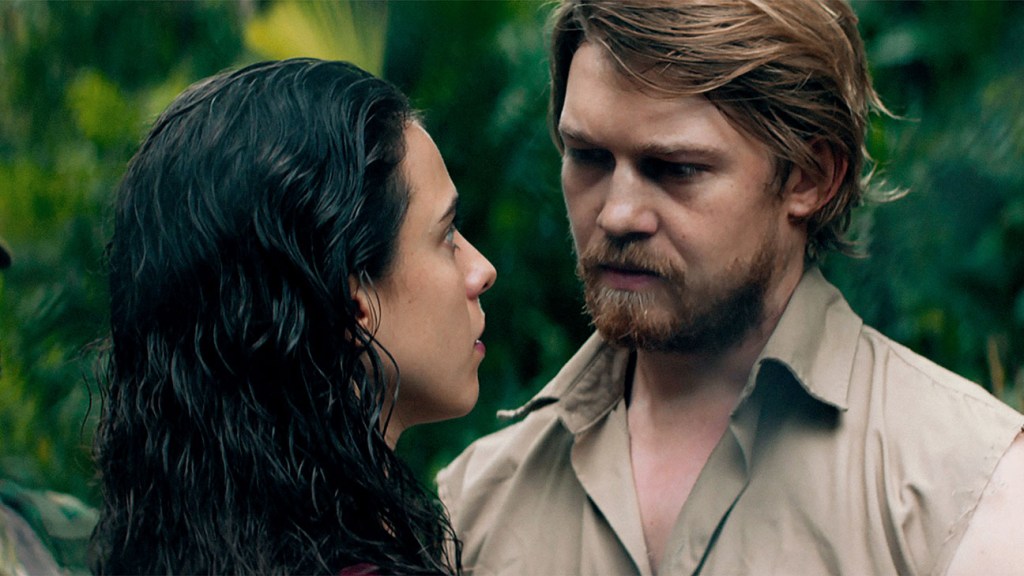 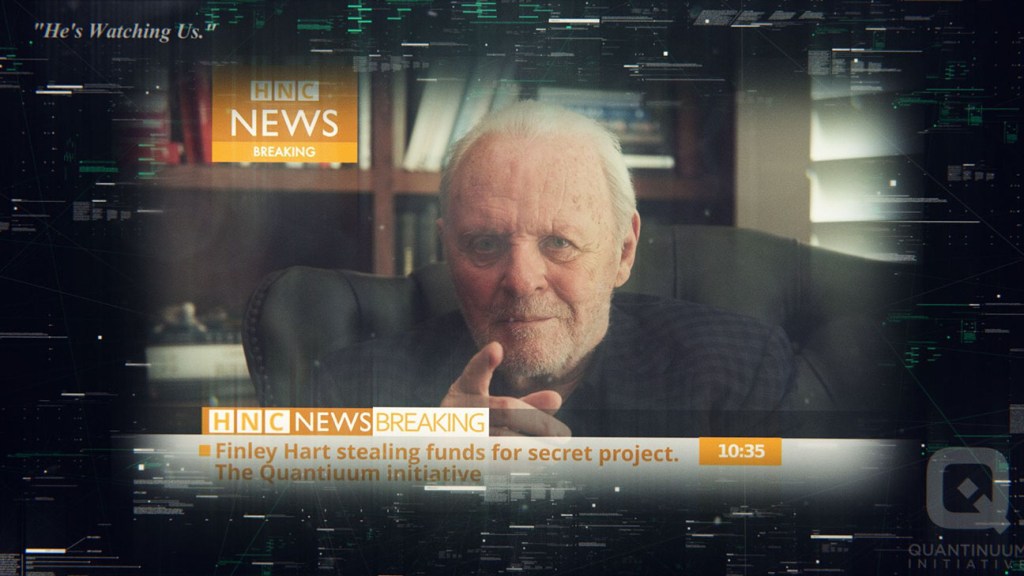