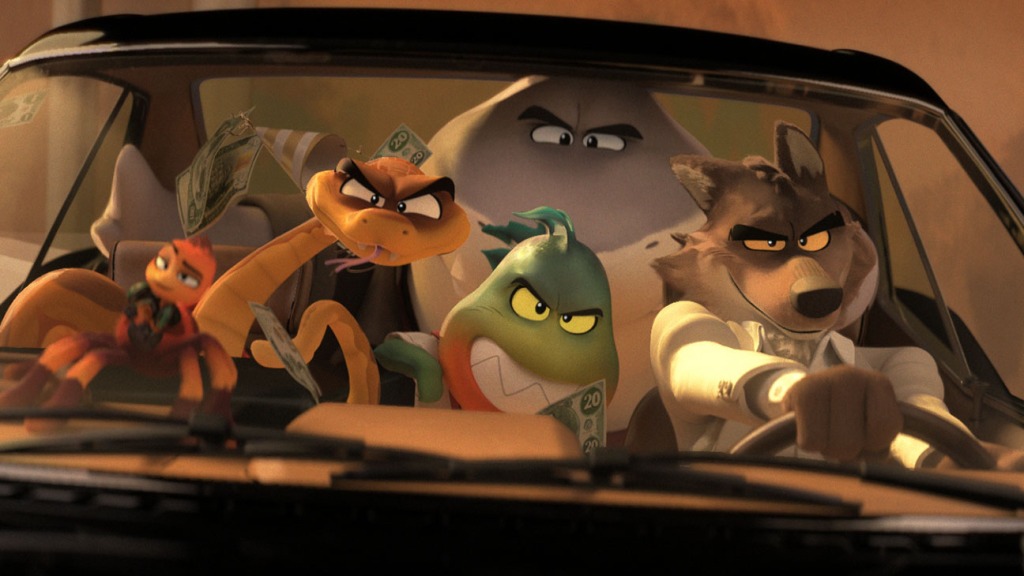 The same can’t be said for the eponymous characters in the new DreamWorks Animation action comedy that gives small fry a heist movie they can relate to. This criminal gang of anthropomorphized animals — led by pickpocket Mr. Wolf (Sam Rockwell) and including safecracker Mr. Snake (Marc Maron), disguise expert Mr. Shark (Craig Robinson), hacker Ms. Tarantula (Awkwafina), and explosive and very pungent farter Mr. Piranha (Anthony Ramos) — resembles a cross between the one in Reservoir Dogs and the Ocean’s bunch.

The film directed by Pierre Perifel leans heavily into those comparisons, beginning with a diner scene parodying the opener of Pulp Fiction and having the insouciant Wolf, clad in an immaculate white suit, resemble Danny Ocean so closely that at one point another character accuses him of going “full Clooney.”

Those references will be lost on the target audience, of course, but, as is the case with so many contemporary animated films, are thrown in for the benefit of adult chaperones to prevent them from sneaking peaks at their cell phones out of boredom.

The balance works fairly well, until the proceedings degenerate in the final act into the sort of manic, over-the-top vehicular mayhem that brings the film closer to an animated version of the Fast and Furious franchise. It makes you wonder how Disney produced so many animated masterpieces over the decades without indulging children’s short attention spans.

For much of the time, though, the screenplay by Etan Cohen (Get Hard, Holmes and Watson), based on Aaron Blabey’s popular graphic book series, cleverly riffs on its inspirations while having fun with animal-themed gags such as Snake’s taste for guinea pigs and the utter ridiculousness of the gigantic, prominently finned Shark attempting to pass himself off as, among other things, a society dame.

The plot revolves around the gang getting caught while attempting an elaborate heist and being given a chance to avoid prison by promising to reform. The literally and figuratively foxy Governor Foxington (Zazie Beetz), with whom Snake develops a mutual attraction, puts them under the auspices of rich philanthropist guinea pig Professor Marmalade (Richard Ayoade, oozing upper-crust Brit smarminess).

At first, Wolf only pretends to go along with the attempt at rehabilitation, but along the way he discovers something about himself: He actually likes doing good, a disturbing trait for a career criminal that gets amusingly signified by his tail uncontrollably wagging when he gives in to his finer instincts. This inevitably results in conflict with his cohorts, who don’t appreciate such beneficent actions as Wolf gently coaxing a frightened kitty down from a tree. Numerous plot twists ensue, with more than one of the supporting characters revealed to be far different than they initially appeared.

For much of the way, The Bad Guys is antic fun, aided immeasurably by the terrific vocal performances. The ensemble includes many well-known names, but unlike so many celebrities cast in animated films purely for their star value, they actually deliver vivid characterizations that go beyond being recognizable voices. Rockwell’s sly delivery proves consistently delightful, Snake’s flirty banter with Beetz’s Foxington giving Clooney and Roberts a run for their money. Maron is so perfectly cast as the grouchy, self-loathing snake you wonder why the character doesn’t have glasses and a moustache. Even the minor roles are impeccably performed, with Alex Borstein (The Marvelous Mrs. Maisel) in hilarious full-bluster mode as the gang’s police chief nemesis.

The brightly colored computer animation fairly pops, and Daniel Pemberton’s zippy music would feel perfectly at home in a live-action caper film. While The Bad Guys ultimately lacks the sophistication and emotional resonance to make it anything more than a harmless diversion, it offers plenty of fun along the way. 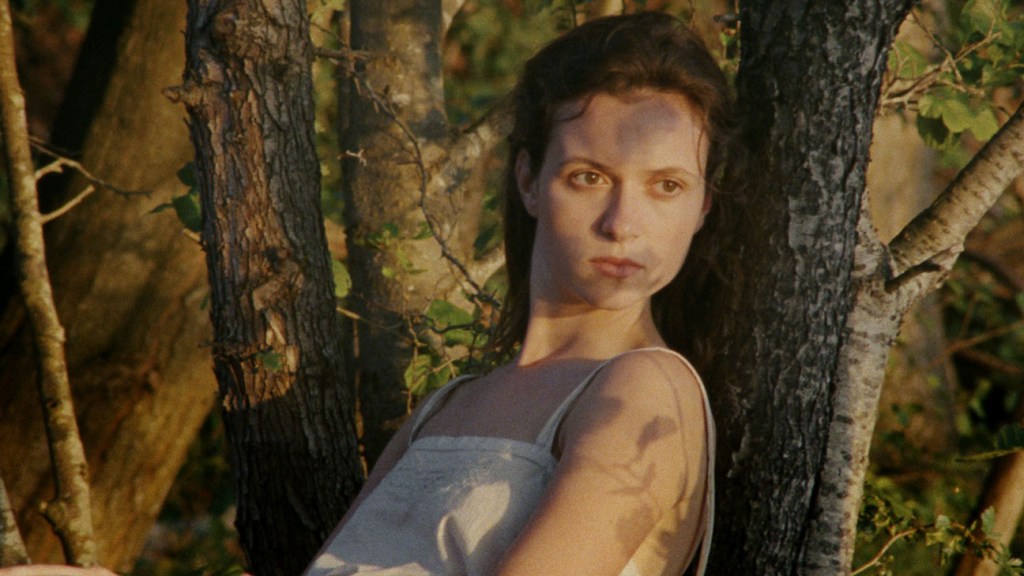 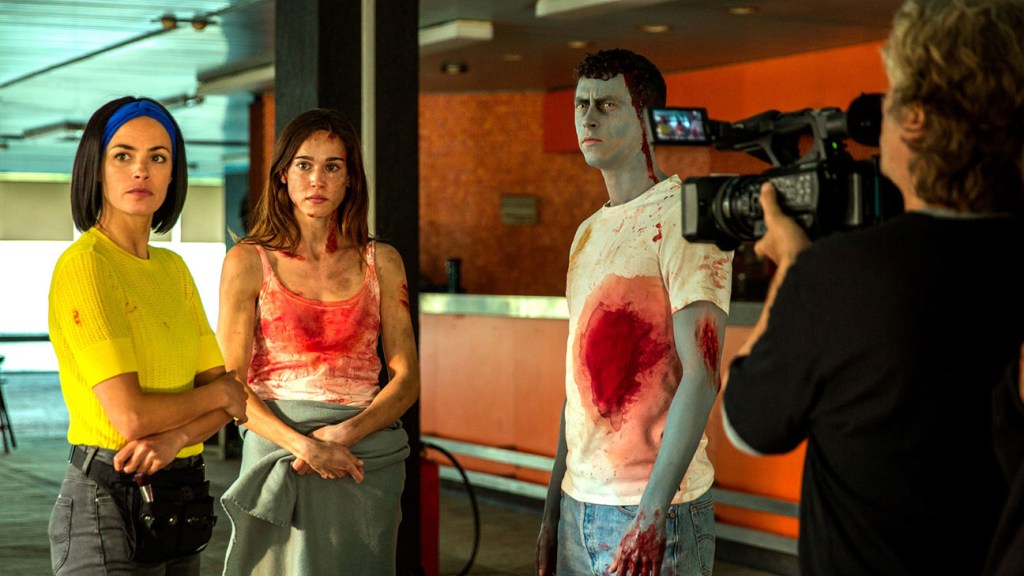 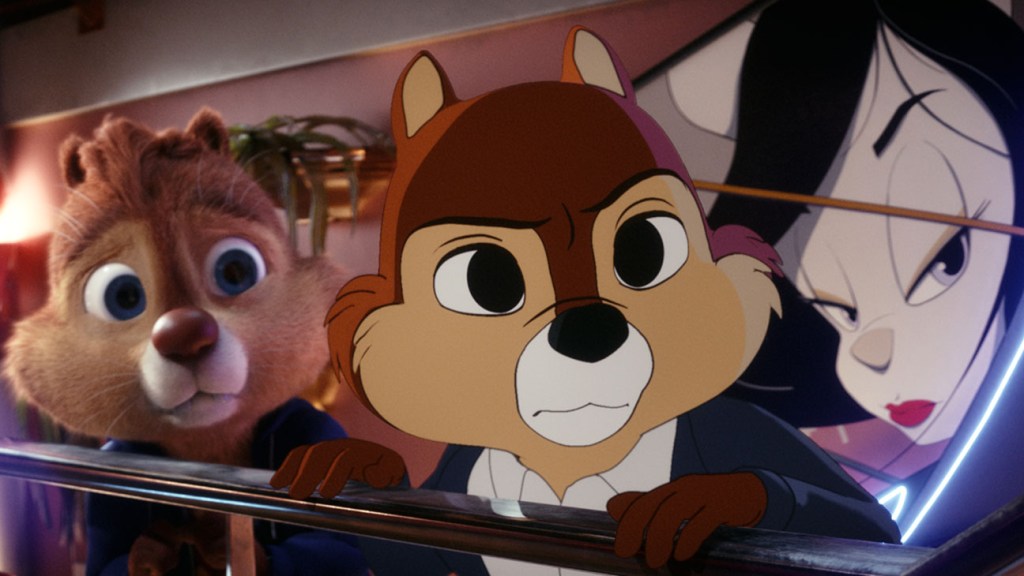