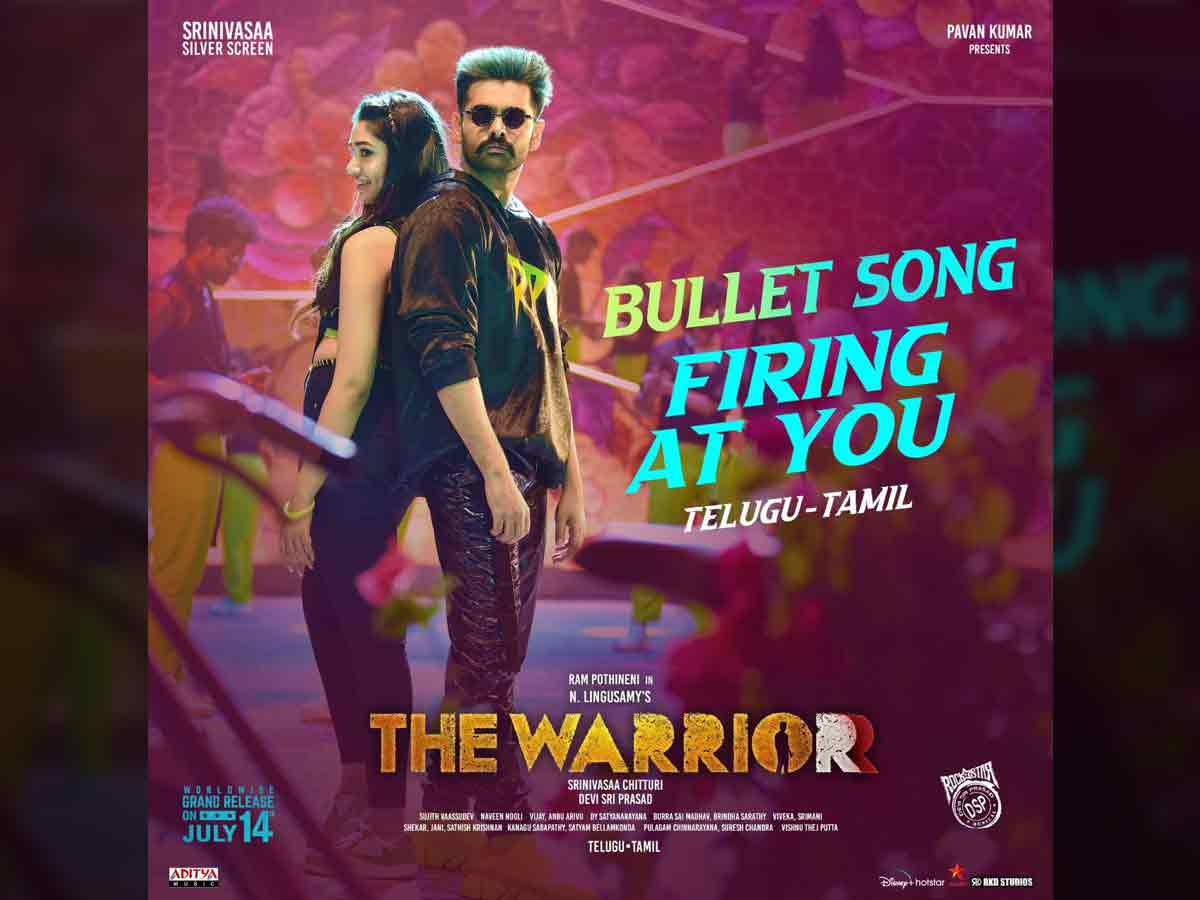 We have already reported that Silambarasan TR crooned Bullet Song for  the young and energetic actor Ram Pothineni  and Krithi Shetty starrer upcoming romantic and action drama The Warriorr.   Today evening the makers of The Warriorr released the lyrical video of the Bullet song . Grand visuals  and the energetic dance moves of Ram Pothineni are grabbing the eyeballs.  Simbu and Haripriya lent their vocals for the song whereas the lyrics are penned by Shree Mani.

The music lovers are showering praises on this song and the few comments are as follows:

Yalamarthi Madhav: Awesome ,dance of both ram sir and krithi shetty is super

NIGAM ABHISHEK: DSP fire hai He is one of the best and Versatile musician…. Since last 6 years south indian cinema has created more variation in music Even I’m from muzaffarpur Bihar but used to listen to south movies songs because 80 percent songs are awesome while Hindi Bollywood only 20 percent in 100 since last 6 years….. Thanks Aditya music Thanks dsp , thanks south industry for giving different types of quality content.

N Lingusamy’s directorial venture  is gearing up for a grand release on 14th July. Aadhi Pinisetty is playing the role of  the antagonist. Apart from them the action entertainer also has Bharathiraja, Akshara Gowda, Nadhiya, Chirag Jani, and Redin Kingsley in the supporting roles.