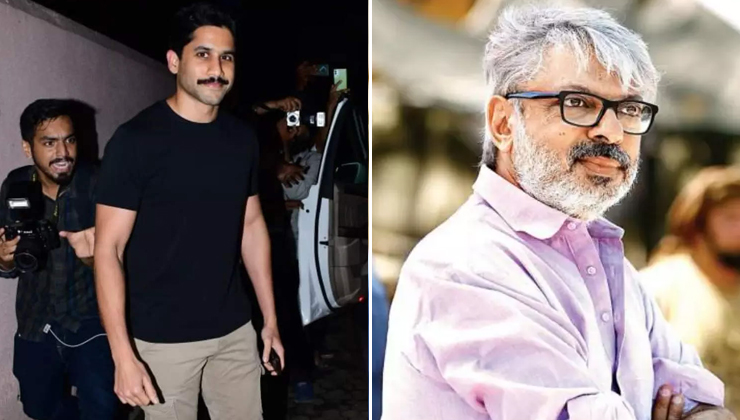 Only yesterday, actor Naga Chaitanya was spotted outside ace director Sanjay Leela Bhansali’s office. The spotting created a stir on social media as fans started wondering if there is a collaboration between the two. Considering that Chaitanya is going to make his Bollywood debut with Aamir Khan in Laal Singh Chaddha, it adds more fuel to the fire if Naga Chaitanya is also in talks with the Bajirao Mastani actor. Well, the secret is out as he revealed the reason behind his visiting the SLB office.

In an interview with Pinkvilla, the Love Story actor told, “It’s just casual meetings, you know. These are filmmakers I have looked up to, so just pay your respects, say hi, and I hope something works out. There are so many people I want to work with over here.”

Speaking about his big Bollywood Debut and his working experience with Aamir and Kareena Kapoor Khan in Laal Singh Chaddha, Naga Chaitanya said, “I really hope, after the 11th (August, Laal Singh Chaddha release date) I am accepted, and the audience really likes me. You know, I want to collaborate with everyone here, for sure,” says Chaitanya. He informs that he will decide on his next step post the reaction he receives from the Aamir Khan and Kareena Kapoor Khan starrer. “I am honestly just waiting for the 11th. If the acceptance is there, I want to see how the audience encourages me, owns me, and based on that, (I will) take my next step.”

Laal Singh Chaddha is an official remake of Tom Hanks starrer Forrest Gump. The film also stars Mona Singh and is helmed by Advait Chandan. The film is slated to release on August 11, clashing with Akshay Kumar starrer Raksha Bandhan.