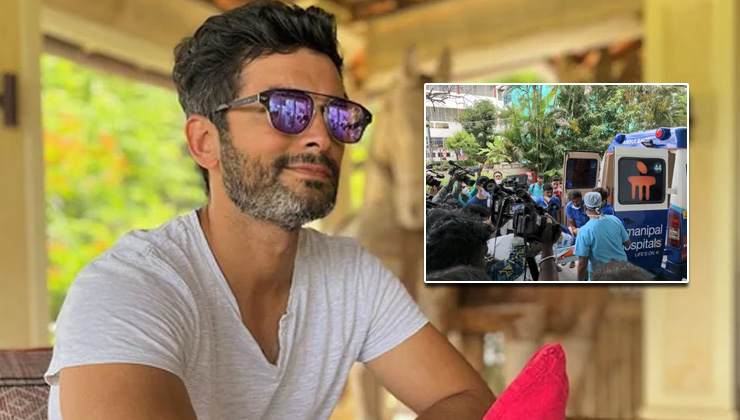 Popular Kannada actor Diganth Manchale was injured during a family vacation in Goa. Reportedly the 37-year-old actor suffered injuries to his spinal cord and neck while attempting a backflip. The actor was soon rushed to Manipal hospital in Goa. But he was later airlifted from the coastal state to a hospital in Bengaluru for further treatment.

As reported by sources to News 18, Diganth Manchale was on a trampoline and was trying to do a backflip. He is said to have hurt his back in the process. His fall caused a dislocation of the cervical vertebra and needed immediate specialised medical attention.

“Mr Diganth Manchale arrived at Manipal Hospital, Old airport Road, Bangalore at 4:30 pm. He is admitted under Dr Vidyadhara S, HOD & Consultant Spine Surgeon and is being evaluated for his present status. He had sustained a sports injury in Goa two days back and was being treated at Manipal Hospital, Goa prior to this. His investigations are being carried out and the results are awaited,” Manipal Hospital said in a statement.

This is not the first time that Diganth Manchale has been injured. He previously suffered an injury in his right eye while shooting for Hindi film Ticket to Bollywood in 2017. He went through multiple surgeries to fix his retina and lens and took several months to recover.

Diganth has starred in several popular movies like Pancharangi, Liefu Ishtene and Paarijaatha. He entered Bollywood with “Wedding Pullav in 2015 and acted in Ticket to Bollywood the following year.

Diganth Manchale is currently awaiting the release of his film Gaalipata 2 which releases on August 12.