List of movies to be released in theaters/OTT this week..! – Entrendz Showbizz 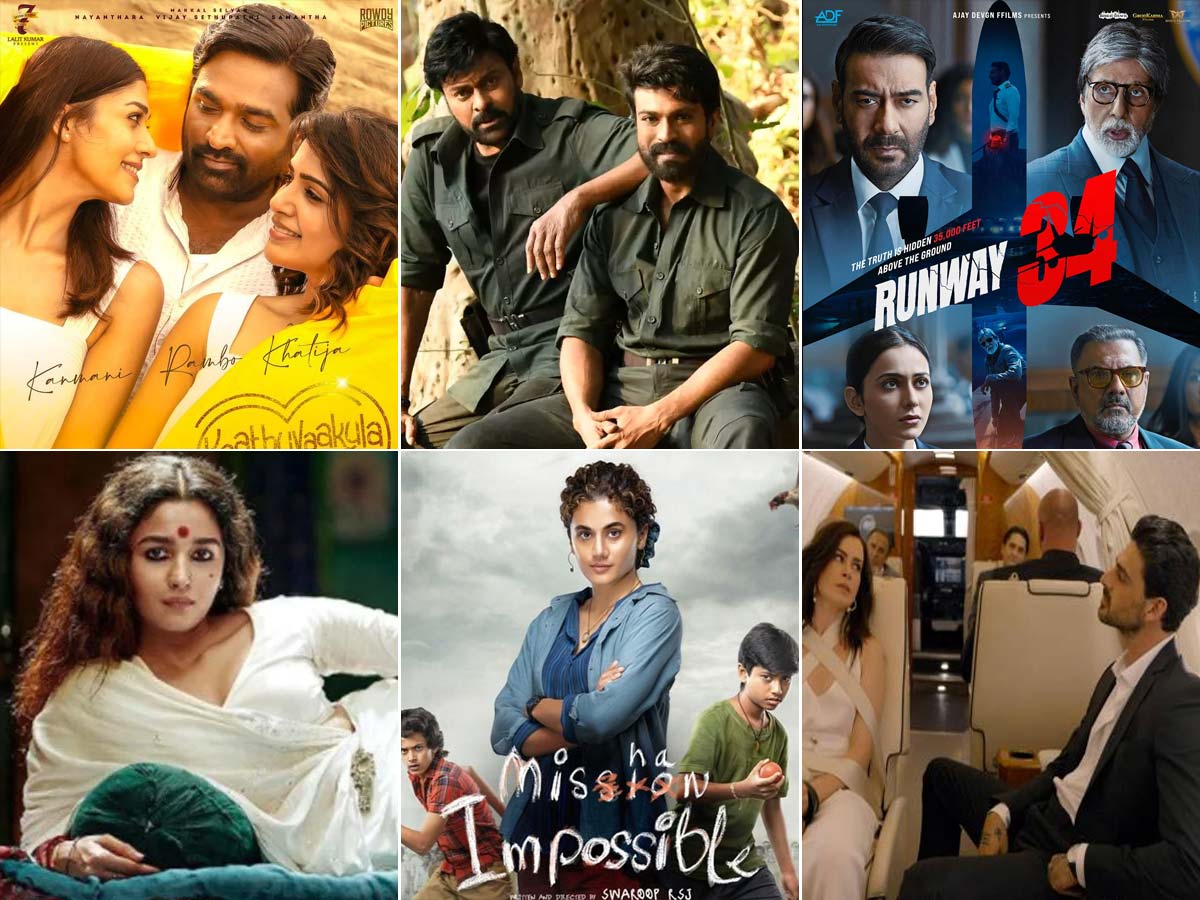 The big movies have been releasing since March. All these were films that were later postponed due to the issue of ticket rates in Andhra due to Corona. After Radhe Shyam is set to release in two weeks time, followed by ‘RRR’ and ‘KGF2’. Some crazy movies are going to be released this Friday. Movies will be released not only in theaters but also in OTT.

Come have a look at that details:

1) KRK (Kanmani Rambo Khatija): Samantha and Nayantara are the heroines of Vijay Sethupathi’s movie titled ‘Kaathu Vaakula Rendu Kadhal’ which is going to be released in Telugu under the title ‘Kanmani Rambo Khatija'(KRK). Nayantara’s boyfriend Vignesh Sivan is directing this film. Despite the teaser, trailer and songs, the movie is likely to impress the audience due to the craze in Telugu for Samantha and Nayanathara. This movie will be released on April 28.

2) Acharya: This movie is directed by Koratala Shiva with megastar Chiranjeevi as the hero and it will be released on April 29. Mega power star Ramcharan will play another hero in the movie while he will be paired with Pooja Hegde as the heroine. Presented by Konidela Production Company, this film was produced by Niranjan Reddy and Anvesh Reddy of Matinee Entertainments. Ramcharan also acted as co-producer.

3) Runway 34: The movie starring Bollywood star hero Ajay Devgn will be released on April 29. The movie stars Amitabh Bachchan in a pivotal role and is directed by Ajay Devgn. Rakul Preet Singh is the heroine in this movie. Ajay is playing the role of a pilot in this movie. The film is based on an actual incident that took place in 2015.

4) Gangubai Katiyawadi: This is a movie starring Bollywood star heroine as well as RRR heroine Alia Bhatt in the lead role. Directed by Sanjay Leela Bhansali, the movie is based on the life of Mumbai Mafia Queen Ganguly. Ajay Devgn and Huma Qureshi played key roles in this. Released in February, the movie became a hit. This movie will be streaming on Netflix from April 26.

5) Mishan Impossible: Swaroop RSJ, who directed the movie ‘Agent Sai Srinivasa Atreya’ with Naveen Polisetti, is the director of this movie. This film was produced by Matinee Entertainment. Released on April 1, flops in theaters, but will be streaming on Netflix from April 29. And we have to see how it impresses the audience here.

6) 365 Days: This Hollywood movie will be streaming on Netflix from April 27th.