HomeSouthsuperNayanthara and Vignesh Shivan share an intimate moment in photos from Thailand...
Southsuper 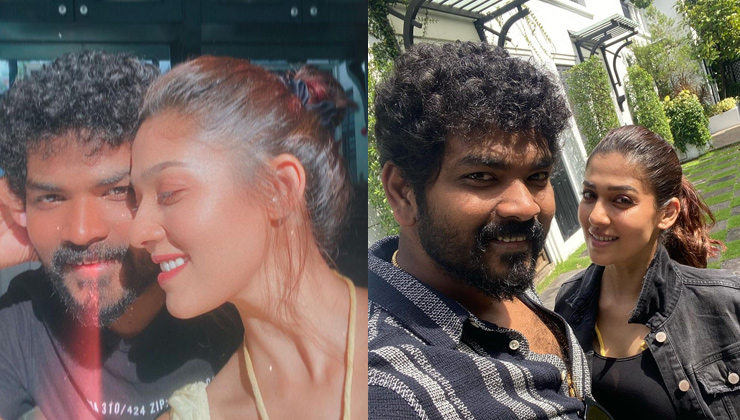 On Instagram, Vignesh Shivan shared love soaked photos of Nayanthara and him from their honeymoon. And the couple looks adorable as they pose for some surreal photos. In the picture, Vignesh can be seen posing with his wife. Nayanthara, who is wearing a beautiful yellow dress looks breathtaking as she soaks up in the sun with her husband. Shivan shared a scintillating sun-kissed photo of Nayanthara and him.

Another photo of the couple shows them posing for a selfie. They are making the most of their honeymoon in Thailand and are having fun. Vignesh can be seen taking the selfie, while his wife stands posing next to him. The actress is dressed in jeans, a black top with jacket.

Have a dekko at the photos below:

Earlier, the director took to his Instagram to share a string of photos from his honeymoon with his ‘thaaram’. Shivan shared the photos and wrote, “In #Thailand with my Thaaram #WikkiNayan #wikkiclicks (sic).”

Talking about the wedding of Nayanthara and Vignesh Shivan, it was attended by Shah Rukh Khan, Rajinikanth and Atlee. Many big names attended the wedding festivities.

Also Read: Nayanthara and Vignesh Shivan can’t keep their hands off each other in their romantic honeymoon pics