HomeSouthsuperPS-1 New Poster: Trisha Krishnan as Princess Kundavai is a 'women of...
Southsuper

PS-1 New Poster: Trisha Krishnan as Princess Kundavai is a 'women of courage' 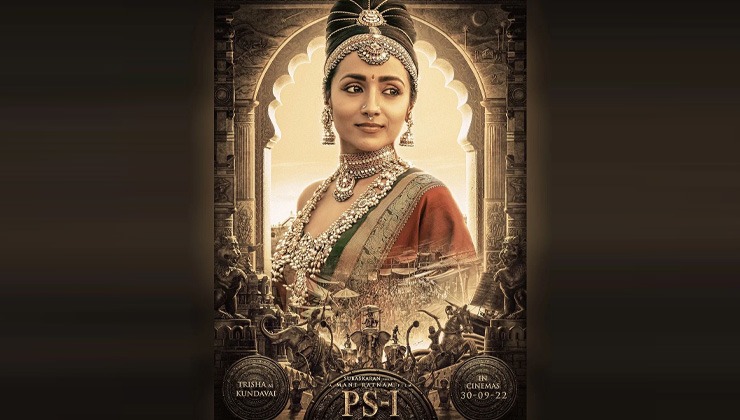 After Chiyaan Vikram, Karthi and Aishwarya Rai Bachchan‘s posters, now makers have dropped the new poster of actress Trisha Krishnan from Ponniyin Selvan. She will be playing Princess Kundavai in PS-1. She looks regal in the get up of her character. She is in a red and green saree and looks majestic as the princess. PS-1 is a magnum opus and is directed by Mani Ratnam.

Sharing the poster on social media, Lyca Productions wrote, “In a world of men, a woman of courage. Presenting Princess Kundavai!#PS1 releasing in theatres on 30th September in Tamil, Hindi, Telugu, Malayalam and Kannada! 🗡️ “

Take a look at Trisha’s poster from Ponniyin Selvan.

As per reports, Ponniyin Selvan teaser launch event is said to happen tomorrow in Chennai. The makers had initially planned to launch the teaser in Thanjavur, the capital of the Chola dynasty, but they had to change the plan.

The movie is based on 1955 historical fiction novel of the same name, written by Kalki Krishnamurthy. It is jointly produced by Mani Ratnam and Lyca Productions. A.R. Rahman is the music composer.

Stay tuned for more such updates on PS-1

Also Read: Ponniyin Selvan part 1: Aishwarya Rai Bachchan looks regal as Queen who is on a mission of vengeance