HomeSouthsuperRajinikanth is all praise for R Madhavan starrer Rocketry, calls it a...
Southsuper

Rajinikanth is all praise for R Madhavan starrer Rocketry, calls it a must watch film 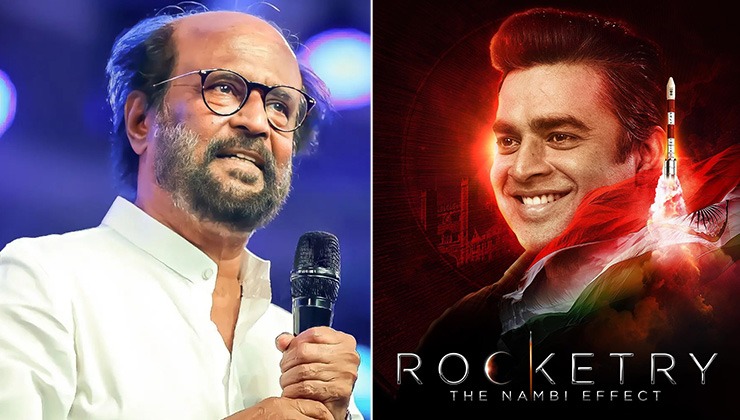 R Madhavan starrer Rocketry: The Nambi Effect released on July 1. The movie has got positive reviews from critics and audiences. Now, superstar Rajinikanth has heaped praise on the movie. Madhavan has made his directorial debut with Rocketry. He plays Nambi Narayanan, former ISRO scientist in the film. Apart from directing, he has also produced and written it. Though the movie started off with slow numbers, it saw a rise in Day 2 and Day 3 apparently due to the word of mouth.

Rajinikanth praised the movie as he penned a note in Tamil that is translated in English as: “Rocketry – A film that everybody must watch, especially youngsters.” Praising Maddy, he wrote, “Madhavan, in his debut as director, has through his realistic acting and filmmaking proved that he is among the finest directors. My heartfelt thanks and congratulations to Madhavan for giving a film like this.”

Take a look at his note here.

Rocketry: The Nambi Effect, is a biopic on the life of Nambi Narayanan, former scientist and aerospace engineer. It also features Shah Rukh Khan and Suriya in cameos. The film also stars Simran, Ravi Raghavendra and Misha Ghoshal in important roles.

An excerpt of Rocketry: The Nambi Effect review by Bollywood Bubble read: “The film grips you in the first half but loses the plot and the essence of the film in the second half. It is an open-ended movie with no closure. It leaves you with so many questions and no answers which seems quite odd. Hence, I’m going with 3 stars because of R Madhavan’s performance and narrating the heartwrenching and untold story of Nambi.”

Read the full review in the below link.
Also Read: Rocketry Review: The Nambi effect leaves an impact as R Madhavan narrates a heart wrenching story of an ISRO scientist