HomeSouthsuperRashmika Mandanna and Vijay Deverakonda to reunite for THIS reason
Southsuper

Rashmika Mandanna and Vijay Deverakonda to reunite for THIS reason 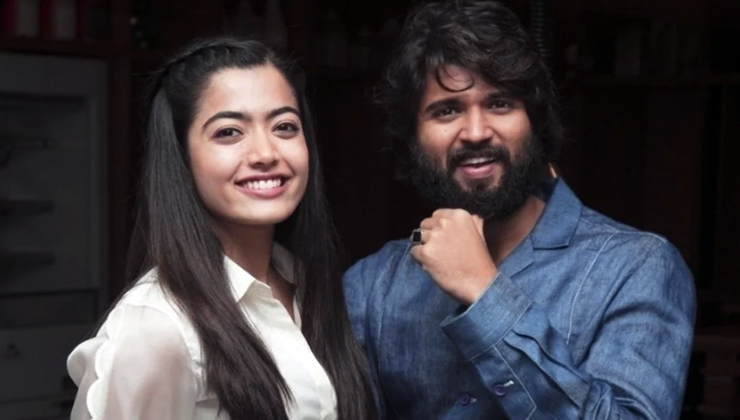 Popular actor Vijay Deverakonda will soon be seen in  Jana Gana Mana. The movie features Pooja Hegde as the female lead. The shoot of the film is progressing at a brisk pace to the delight of fans. But here is some more good news for Deverakonda fans. He is all set to reunite with his Geetha Govindam co-star.

Hit pair Vijay Deverakonda and Rashmika Mandanna will be seen sharing screen space in Jana Gana Mana. The popular Jodi will be seen in Puri Jagannath’s directorial grooving to a special number.

As reported by sources to Bollywoodlife, The makers of Jana Gana Mana are planning to rope in Rashmika Mandanna for a special song. Rashmika is being roped in due to her popularity in the Pan India range post the release of Pushpa: The Rise. Her item song will be a special treat for fans across the nation. The Dear Comrade stars will reportedly reunite for this special number in the upcoming film.

The Rowdy star will be seen in a never before seen action avatar in the upcoming film. The movie directed by Puri Jagannath will be released in Hindi, Telugu, Tamil, Kannada and Malayalam.

‘Jana Gana Mana’ is being produced by Charmme Kaur, Vamshi Paidipally, and Puri Jagannadh under the banner of Puri Connect in association with Srikara Studio Production. Puri Jagannadh will pen the screenplay and dialogues along with the direction. Written and directed by Puri Jagannadh this action entertainer is scheduled to release in cinemas in August, 2023 worldwide.