HomeSouthsuperSalaar: Prithviraj Sukumaran REVEALS if he a part of Prabhas starrer action-thriller
Southsuper

Salaar: Prithviraj Sukumaran REVEALS if he a part of Prabhas starrer action-thriller 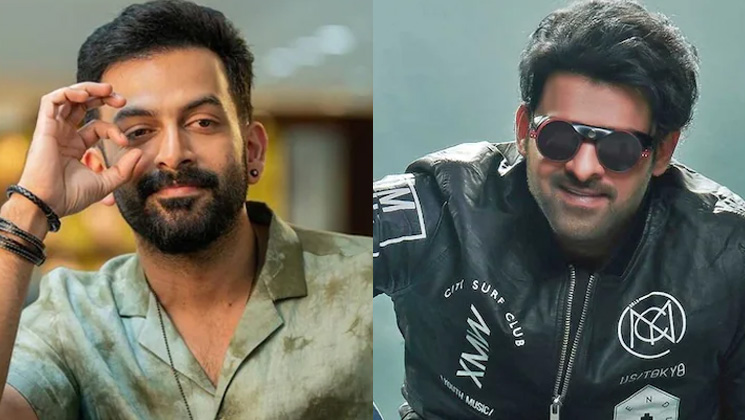 Pan India star Prabhas will be seen collaboratimh with Shruti Haasan for upcoming action thriller Salaar. The movie is being directed by Prashanth Neel of KGF: Chapter 1 and 2 fame. Rumours abounded that Malayalam superstar Prithviraj Sukumaran has been approached by the makers for a pivotal role in the Prabhas starrer.

Prithviraj, was in Hyderabad on Saturday,  for the promotions of his upcoming actioner Kaduva. He revealed that he loved the Salaar script and really wants to be a part of the film and work alongside Prabhas.

The Ayyappanum Koshiyum star said, “I have been offered a very important role in Salaar. In fact, the film came to me around two years ago, and then I had listened to the narration, I absolutely loved it. Superb story. I said yes immediately because Prashanth is a friend, Hombale Production company is also a friend and of course, it’s a Prabhas film, you want to work with him.”

#Salaar : #PrithvirajSukumaran confirms he is trying work out dates and will be meeting #PrashanthNeel Tonight and we will see a lot more of him in Telugu Cinema Soon! pic.twitter.com/0IW4SwbFp0

Prithviraj Sukumaran added, “I said yes to it but in between the pandemic, the dates kept changing, and I thought I will not be able to do it because of my commitments in Malayalam. But then Prabhas’ commitment got moved around, and now maybe it will work out. Hopefully, I will do a Telugu film soon“.

Also Read: Prabhas to be seen in double role in Prashanth Neel’s Salaar? Deets inside