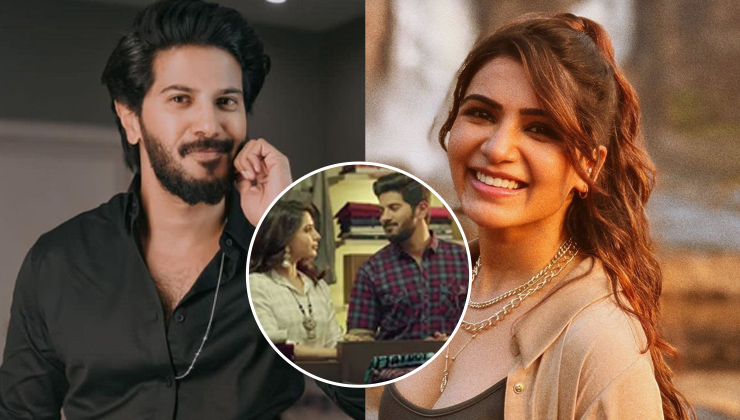 Samantha Ruth Prabhu has been hitting headlines ever since she announced her divorce with Naga Chaitanya. The actress who won appreciation gallore for her role in Family Man 2 went on to raise the temperatures with her dance numberr Oo Antava from Pushpa. The beauty known for her candidness was ruling the social media with her appearance on Karan Johar‘s chat show Koffee With Karan 7. There’s also a strong buzz that Samantha and Dulquer are coming together for a Malayalam film.

Rumours abound that Samantha is all set to mark her Malayalam debut opposite Dulquer Salmaan in King Of Kotha.

According to several reports, Samantha will romance Dulquer in King of Kotha, a gangster drama which will be directed by Abhilash Joshiy. Apparently Samantha has been approached for a special appearance. However, nothing has been confirmed so far. The makers of the Dulquer Salmaan starrer are remaining tight lipped about the project. But a major update on the star cast of King Of Kotha will be out soon.

If the reports do come true then this will be Dulquer Salmaan and Samantha’s first big screen collaboration. Previously, Samantha and Dulquer have worked together in Mahanati starring Keerthy Suresh, however, they didn’t have much scenes together.

On the work front, Dulquer Salmaan is currently on a promotional spree for his upcoming release ‘Sita Ramam’ The movie is helmed by Hanu Raghavapudi. The romantic period drama has Dulquer Salmaan and Mrunal Thakur in the lead roles, while South sensation Rashmika Mandanna has roped in to play a pivotal role. The film is slated for release on August 5.