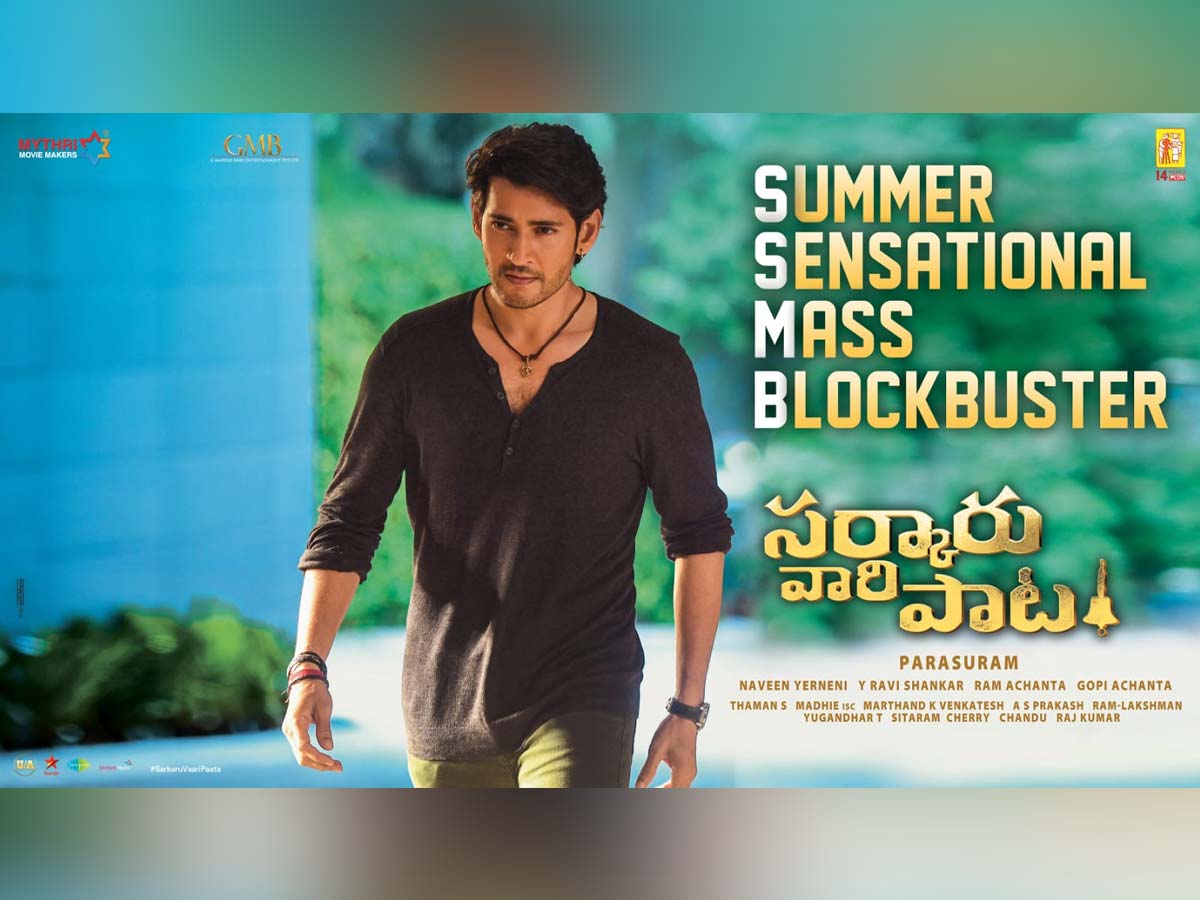 Sarkaru Vaari Paata Box office Collections: Sarkaru Vaari Paata starring  Mahesh Babu and  National award winning actress Keerthy Suresh has finally hit the theaters today on 12th May across the globe in a very grand manner. The movie helmed by Parasuram, had its premiere on 11th May. Now according to the traders report, Sarkaru Vaari Paata has created a Non-RRR record for a Telugu movie during the Pandemic era.  Mahesh Babu starrer minted $912,130 from its USA premiere.

Considering the popularity of  Telugu superstar Mahesh Babu, the film  Sarkaru Vaari Paata is expected to take a significant opening across many parts of the country.  The technical crew includes S Thaman as the music  director, R Madhie as the Director of Photography and Marthand K Venkatesh as the editor.

As per experts,  Sarkaru Vaari Paata is going to make Rs 50 cr in the opening day of its release. The overseas booking for  this film of Parasuram is expected to be great.

Non-RRR record for a Telugu movie during the Pandemic era..