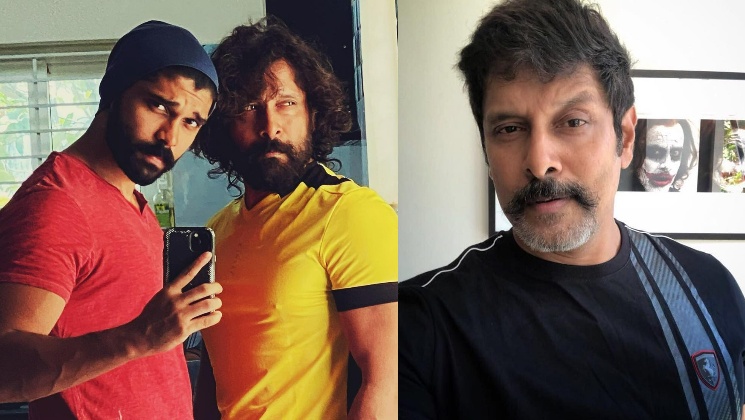 Vikram, who will be seen in Mani Ratnam’s Ponniyin Selvan, was hospitalised in Chennai on Friday. Fans of the actor have been praying for his speedy recovery. Vikram’s son, Dhruv has now reacted to reports that said the actor had to be rushed to hospital ahead of Ponniyin Selvan’s teaser launch as he suffered a heart attack. He dismissed the rumours and gave an update about his father’s health.

Talking to his Instagram Stories, Dhruv wrote, “Dear fans and well-wishers, Appa (father) had a mild chest discomfort and is being treated for the same. He did not have a heart attack as reports falsely claim. We are pained to hear rumours to this effect.”

Sharing an update on his father’s health, Dhruv added, “That being said, we request you to give our family the privacy we need at this time. Our chiyaan is fine now. He is likely to be discharged from the hospital in a day. We hope this statement provides clarity and trust that the false rumours will be put to rest.”

Vikram is one of the most successful stars down South. The actor was hospitalised on Friday, before the teaser launch of his upcoming film Ponniyin Selvan: I. Apart from Vikram, Ponniyin Selvan also stars Aishwarya Rai Bachchan, Trisha, Jayam Ravi. The movie is slated to hit the theatres in September this year.

Amitabh Bachchan launched the Hindi teaser of Ponniyin Selvan and it received a great response from fans. Aishwarya, who will be seen on screen after a long time, shared the teaser and wrote, “Hail the Visionary Prince, the Architect of the Golden Era, the Great Raja Raja Chola… introducing Ponniyin Selvan! #PS1… #PS1 releasing in theatres on 30th September in Tamil, Telugui, Malayalam, and Kannada!”