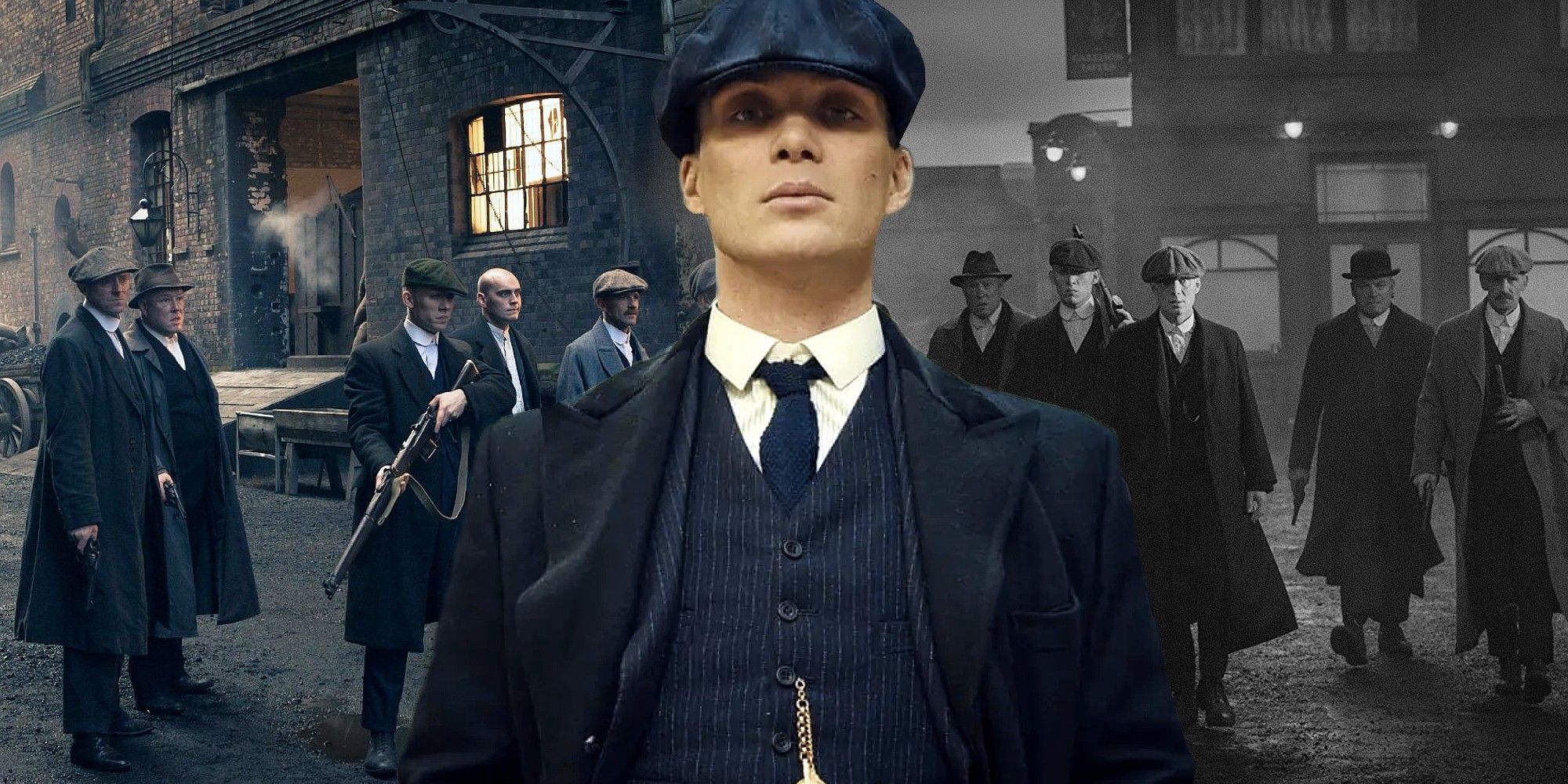 Peaky Blinders is undoubtedly one of the most popular drama series streaming right now. With an impressive amount of fans all around the globe, the BBC One original series has gathered 6 brilliant seasons packed with phenomenal storylines, incredible cinematography, and outstanding acting from everyone involved.

Although the beloved show continuously delivered, throughout its entirety, an unbelievable number of top-notch episodes almost effortlessly, there were a couple of moments that stood out more than the others — here are the top 10 most remarkable episodes according to Ranker.

This article contains spoilers for all seasons of Peaky Blinders,

The third episode of the series centers around Thomas (Cillian Murphy) planning to go to Cheltenham races in order to get closer to Billy Kimber (Charlie Creed-Miles, Since the latter character thoroughly enjoys the sight of beautiful women, the head of the Peaky Blinders decides to escort charming Grace (Annabelle Wallis) to accompany him.

Besides that, a livid Tommy finds out that Ada (Sophie Rundle) and Freddie (Iddo Goldberg) are practically married. While no otherwordly event develops throughout this episode, Grace steals the spotlight a couple of times. By the surprising ending, the audience can easily tell something is going on between the two characters.

The Season 4 premiere (named “The Noose”) opens with Arthur Shelby, John Shelby, Polly Gray (played by the eternally beloved Helen McCrory), and Michael Gray (Finn Cole) being pulled from their cells and led to a room containing three noises. While they’re ready to face their fates after Tommy’s massive betrayal during the Season 3 finale, he ends up saving their lives in the nick of time.

A year forward everyone seems to be doing relatively well, although the Shelbys still despise Tommy for his doing. Nevertheless, what really punches viewers in the gut is John’s unpredictable death: a mind-blowing plot twist no one saw coming. All in all, there is no doubt that the opening of the fourth season is surprising, bold, and nothing short of incredible.

Tommy and Alfie Solomons, the latter played to perfection by Tom Hardy although with so strong of a Cockney accent that it is sometimes hard to comprehend him — join forces during this awesome episode. Polly, the heart of the series, catches up with her estranged son, Michael, after twelve years apart.

Soon enough Michael becomes a part of the crew and the Shelbys take him to the races. Ultimately, Tommy meets May Carleton, a horse trainer (Charlotte Riley, who is, fun fact, Tom Hardy’s wife IRL). She is as charming and beautiful as she is smart and interesting. As they are about to leave, the Peaky Blinders are ambushed, but they easily kill the attackers.

“Mr. Jones” is the name of the sixth and final episode of Season 5, and it follows Thomas as he puts out his plans for Mosley (Sam Claflin, At a family meeting, unexpected news are shared as Tommy announces the engagement between Aberama Gold (Aidan Gillen) and Polly.

Although Tommy’s meticulous plan was inevitably destined to fall apart, especially considering that there was a black cat among them and that the real-life Mosley was never assassinated, the twist near the end was mind-blowing and undoubtedly caught viewers by surprise; the audience is so accustomed to seeing Murphy’s character come on top that it is almost refreshing when it does not happen. After admitting that he thinks he has finally found the man he cannot defeat, Thomas is obliged to face his own demons as he walks off into a field and shouts with a gun pointed at his head.

In this heartbreaking yet phenomenal episode, the Peaky Blinders prepare themselves for a huge operation, but secrets are revealed. Grace tries to tell Thomas of her betrayal but gets interrupted when Tommy finds out that Billy Kimber and his men are on their way. Later, both Polly and Thomas realize Grace’s true intentions.

A remarkable scene, though, is the Peaky Blinders and Billy Kimber’s gang face off on Garrison Lane. Although a furious Ada attempts to stop the fight from happening by standing between both parties with her son Karl in a baby trolley, her plan quickly goes down the tubes when Tommy ends up being shot by Kimber, and Danny (Samuel Edward-Cook) ultimately dies trying to defend the leader. Thomas then headshots Kimber without hesitation and each gang go their own.

“Heathens” is the name of the incredible second episode of the (arguably) best Peaky Blinders season, and it follows the tragic events of the premiere. John Shelby was killed, and now the Shelby family learns that the situation has been caused by the death of Vicente Changretta (Ken Colley,

Of course, the Mafia will not rest until every member of the Shelby family is dealt with; Luca Changretta (Adrien Brody), Vicente’s son, meets Tommy for the first time, and both characters share an intense conversation. Tommy forms a new alliance with Aberama Gold.

If there is anything Peaky Blinders does tremendously well, it is season finales. Season 4 was easily one of the best in the series if not the best, and according to Ranker the last episode was equally excellent. “The Company” centers around the big fight of Bonnie Gold (Jack Rowan) versus Goliath (Dino Kelly,

Part of what made the episode so good was also the incredibly well-written plot twist of Arthur’s apparent death, which was possibly the best reverse UNO card in the entire history of the series; not only did he turn out to be alive, but he also killed Luca in an epic scene. Tommy kills Alfie later in the episode. In a devastating but very necessary scene towards the ending, the protagonist fights his anxieties when his son Charlie finds him lying drunk on the floor.

The second season of this brilliant series opens with a time jump of two years forward in time after the audience realizes that it turned out to be Grace Shelby shooting Inspector Campbell and not the other way around. Thomas his desire to expand his successful business to London to his family.

Polly tries to find out what happened to her children. Meanwhile, Thomas, Arthur, and John visit the Eden Club, run by Darby Sabini (Noah Taylor), a British Italian gang leader who controls half of the southern racecourses. They are, of course, not welcome.

Season 3 delivered yet another amazing season finale that barely anyone saw coming — between the nail-bitting scenes of Tommy Shelby racing against time to save his kidnapped son and the last Shelby family reunion before they all faced jail time, an awful lot was going on for the audience to process.

Right after dropping the bomb that his family would all be arrested, Tommy stressed that everything would be taken care of — while in the end he did save them from hanging, the Shelby family was hardly ever the same anymore. Bittersweet but genius in every sense of the word, this finale left many speechless and with their jaws on the ground.

Absolutely jarring and incredibly well-written, the last episode of the second season was action-packed and left viewers on the edge of their seats. Filled with plot twists, such as Alfie being a double-cross and a pregnant Grace, episode 6 was highly entertaining, not to mention satisfying (Sam Neill‘s character’s death at last).

The scene that won a lot of people over, though, was the very last one — a hopeless Tommy is ready to face his grave after an emotional monologue but is ultimately spared under the wire to everyone’s surprise. He walks away while beautiful music plays in the background and the episode ends. Many fans agree that the series (which has successfully provided its viewers with a crazy amount of unbelievably exceptional episodes) has never managed to outdo Season 2’s finale.