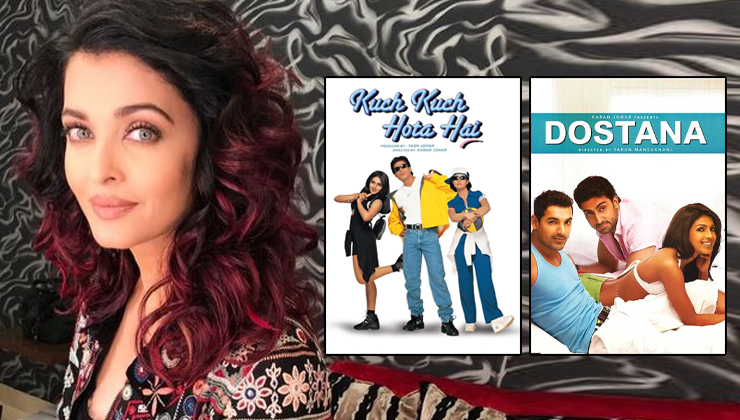 Aishwarya Rai Bachchan is one of the most successful stars of Bollywood. She is among the few actresses who has also worked in Hollywood. Aishwarya, who continues to win hearts with her stellar performances in movies, made her acting debut in 1997 with the Tamil film ‘Iruvar’. Post her debut, there was no looking back for the actress. She has appeared in films such as Aur Pyaar Ho Gaya, Hum Dil De Chuke Sanam, Devdas, Jodhaa Akbar and more. Well, every film she has been a part of, she has delivered a terrific performance and proved that she’s one of a kind in the industry. As we wait for her upcoming film ‘Ponniyin Selvan: I’, let’s take a look at the films rejected by the actress.
- Advertisement -

Raja Hindustani: Aishwarya Rai Bachchan was also offered Raja Hindustani. However, she turned down the role to participate in the Miss World pageant. The role later went to Karisma Kapoor.

Dostana: Talking about the reason behind turning down Dostana, Aishwarya told DNA, “We kept discussing subjects and we thought we will work on Dostana together. Then I got married. Saif was there in the film initially but after our marriage, he was like, Abhishek and Aishwarya will be together in the film, ‘So it won’t look right’. That’s how the vibe was becoming around the film, but I was like, the role is of the two guys. Since that was the kind of discussion and feeling going around with the casting, I decided to step out of Dostana and didn’t do that.”