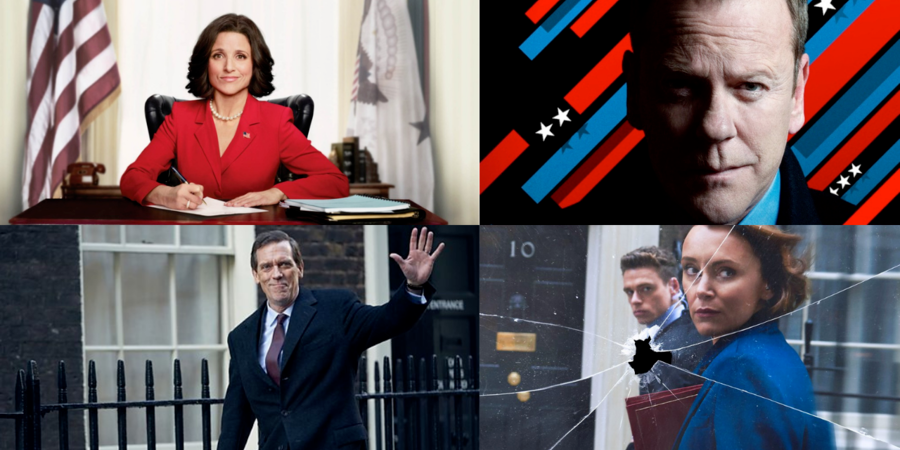 Over the past few years, it’s become increasingly difficult to pay attention to the news. Political ads attacking each other, laws restricting access to fundamental human needs, and foreign relations issues combined with the rising domestic issues at home make reality a bit tough to live at times. Sometimes, the best thing to do to escape reality completely is to jump in and immerse into another one.

Political TV series have been prominent and usually very popular amongst viewers and critics, and anyone looking for another (fictional) country’s politics to indulge in might find some series listed to be of some interest.

Veep is the cream of the crop of political satire television. The show has some of the most hilarious, pungent, and quick-witted writing in television history and is famous for the one-liner insults that are thrown around amongst characters on Capitol Hill. Veep follows Selina Meyer (Julia Louis-Dreyfus), the Vice President of the United States.

Meyer’s team, made up of kooky and sarcastic Washington, D.C. stereotypes, scrambles to make their mark on the country and leave a legacy. However, they tend to get too involved in ordinary political games instead. The show is genuinely the funniest American politics show there is out there. Veep is streaming on HBOMax.

The West Wing is the classic political drama television show about the staffers of the West Wing of the White House. The Presidential Advisers end up getting their personal lives a bit too involved with their jobs that literally help the United States of America function as a country

The show, despite being labeled as a “Drama,” has a very nostalgic and somehow calming feel to it, most likely because the show first started over 20 years ago. This show features some wonderful dialogue and writing examples, and is a great and even exciting watch. Available on HBOMax.

Mr. Mayor, starring Ted Danson, follows a retired Los Angeles businessman as he wins the seat for Mayor, and enthusiastically sets out to work on the city and improve the community. However, once he gets to City Hall, he quickly realizes that the world of local politics is not at all like the business he was used to—and he is a tad bit unprepared.

With the help of his offbeat staff, deputy Arpi, and teenage daughter, he’s able to shoot for the stars and stay on track. Mr. Mayor is streaming on Peacock.

The classic and well-loved sitcom that was a pioneer for the mockumentary style similar to the one used in The Office, Parks and Recreation follows Leslie Knope (Amy Poehler), a member of the Indiana Parks and Recreation Department as she leads a crusade to beautify her town.

Viewers will absolutely fall in love with the wide cast of kooky characters in the town and local office, especially the overly-enthusiastic and deeply caring Leslie Knope. The show was extremely successful, running for 7 seasons total. Parks and Recreation is available to stream on Peacock.

The Newsroom is yet another Aaron Sorkin political drama television series and stars Jeff Daniels. The Newsroom uses a cable news network with Daniels as the lead anchor with a large ensemble cast. What is unique about the show is that while the network is fictional, episodes were written about recent events.

The heart of the drama is the staff of the network as they navigate the political world, including corporate and commercial issues and personal entanglements. The Newsroom is available to watch on HBOMax.

The Good Wife is a Legal/Political drama series about a defense attorney named Alicia Florrick (Julianna Marguiles) whose husband has just had a very politically-corrupt and salacious sex scandal which resulted in his imprisonment.

Now, Alicia has to continue with her career and role in her family while growing away from her identity as the wife of a corrupt politician. As the show continues, Peter is let out of prison and back into the government, and the drama only increases. The Good Wife is streaming on Paramount+.

Madam Secretary follows Elizabeth McCord (Téa Leoni), a previous CIA analyst and recently-appointed Secretary of State as she joins the President in the public eye after the mysterious death of her predecessor. She is a leading force on international diplomacy, plays political games, and weaves her way into national and international issues.

She also has to take on two other jobs—mother and wife—to her three children and husband. Madam Secretary is available to stream on Netflix.

RELATED: Why ‘Madam Secretary’ Is the Perfect Binge Watch for ‘West Wing’ Fans

An intense thriller series (and most likely a reality that many people would not want to escape into), Designated Survivor follows Tom Kirkman (Kiefer Sutherland), a lower-level cabinet member who is catapulted into the Oval Office as President after an attack on the night of the State of the Union address that resulted in the deaths of the President and most of the Cabinet.

As Kirkman struggles in this new and unwanted position, he has to keep calm and be the leader of the free world. Designated Survivor is streaming on Netflix.

NEXT: 10 Political Dramas To Watch If You Liked ‘Anatomy of a Scandal’