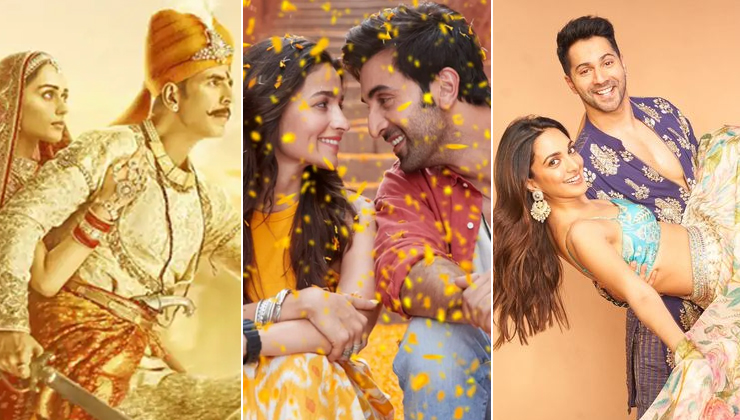 New pairings in Bollywood movies always leave us excited. Since we have seen sizzling and captivating chemistry between Siddhant Chaturvedi and Deepika Padukone in Gehraiyaan and Kartik Aaryan and Kiara Advani in Bhool Bhulaiyaa 2, we have thought of sharing a list of fresh pairings and new on-screen jodis in Bollywood that you will witness in 2022. The re-opening of theatres, and also the influx of OTT films, have given rise to content like never before and thereby, one gets to see new jodis make their onscreen appearances.

Take a look at the some of the new onscreen fresh pairs of 2022:

The handsome Khiladi Kumar and the gorgeous beauty Queen Manushi Chhillar will be seen together in YRF’s Prithviraj. ‘Prithviraj’ is based on the life and valour of Samrat Prithviraj Chauhan. Akshay is essaying the role of the warrior who fought valiantly against the merciless invader Muhammad of Ghor. Produced by Yash Raj Films, ‘Prithviraj’ is directed by Dr. Chandraprakash Dwivedi. Akshay has been quoted praising Manushi for her acting talents and this combo is surely an awaited one!

Major is an upcoming Indian biographical action film directed by Sashi Kiran Tikka and produced by Sony Pictures India, G. Mahesh Babu Entertainment and A+S Movies. Shot simultaneously in Telugu and Hindi and later dubbed into Malayalam, it is based on the life of the 2008 Mumbai attacks martyr Major Sandeep Unnikrishnan. Playing the role of Major is actor Adivi Sesh and this film also marks his Bollywood debut. Opposite him is Saiee M Manjrekar, whose nuanced beauty and aesthetics are visible in the trailer. She will be seen as Major’s love interest in this movie, the trailer of which has already created waves!

Jug Jugg Jeeyo seems like a classic romantic comedy and Shaadi based film that will also mark the first time that you get to see the wonderful Kiara Advani with Varun Dhawan. The wedding pictures created quite a buzz and they looked like the perfect bride and groom!

Apart from their fresh pairing, Rashmika is making her big Bollywood debut with Mission Majnu. The film is set to release on June 10, 2022. We are really looking to forward to see her debut as well as her pairing with Sidharth.

Sidharth is also going to star opposite Disha Patani for the first time in an action entertainer, Yodha. The film will hit the screens on 11th November, 2022.

Fans are eagerly waiting to see the newlyweds Ranbir Kapoor and Alia Bhatt together in one of the highly anticipated films, Brahmastra. Ever since netizens saw their first wedding pictures, fans are certain that Ranbir and Alia’s chemistry will win their hearts too. Directed by Ayan Mukerji, Brahmastra starring Alia, Ranbir and Amitabh Bachchan will hit the big screens on September 9, 2022.

Ranveer Singh reuniting with his Simmba director Rohit Shetty for Cirkus itself has psyched the fans a lot. Interestingly, the actor will be paired opposite Jacqueline, as well as Pooja for the first time, and this has left them intrigued. The film will release this Christmas.

Another fresh pair of Bollywood Vijay and Ananya are set to impress the audience in Liger. The film is backed by Dharma Productions and is slated to release on August 25, 2022.