Alia Bhatt’s doppelganger has the internet in a frenzy, netizens can’t get over the uncanny resemblance 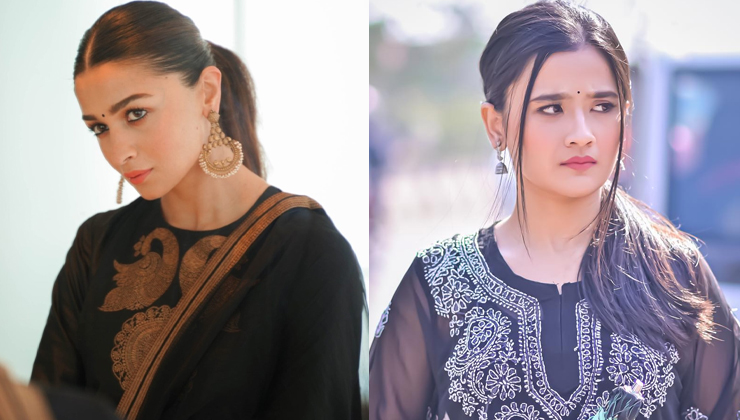 Alia Bhatt is one of the most loved actresses in Bollywood. Pictures and videos of Alia often go viral all over the internet, but this time, it is her doppelganger who has taken the internet by storm. Celebrity doppelgangers or look-alikes are always one to make heads turn and looks like netizens have found yet another look-alike and this time it is of actress Alia Bhatt.
- Advertisement -

A girl named Celesti Bairagey has become quite the sensation after pictures and videos have gone viral as netizens can’t get over her uncanny resemblance to Alia Bhatt. The Gangubai Katiawadi actress had quite the serene looks during the promotion of the Sanjay Leela Bhansali film and looks like Celesti has also tried to recreate one of the looks.

In one of the pics, she was seen wearing a similar white saree as Alia did during the promotions of Gangubai Kathiwadi and netizens can’t stop calling her Alia’s ‘judwaa behen’.

Celesti hails from Assam and given her pictures on her social media account, she surely is on her way to becoming an actress.

Netizens have been left speechless over how similar Bairagey looks to Alia in her pictures and videos. The comments in her posts by fans read, “Aaaiiiillllaaaaa Aliya😍”, “alia bhat😍”, “Bittu Alia Bhatt🔥🖤🖤”, “Yarr mainnu ta @aliaabhatt lagdi ae”, “O my god what a beautiful girl….. Same to same Alia Bhatt ❤️❤️❤️”

Pictures of this Alia Bhatt lookalike have gone viral all over the internet. Even in her videos, it is hard to tell the two apart.