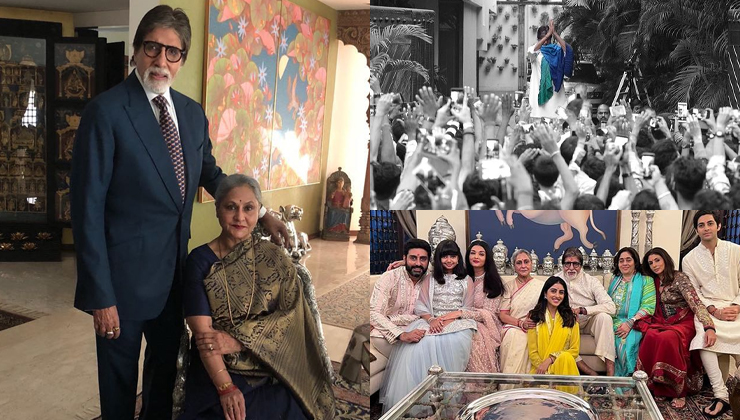 Megastar Amitabh Bachchan is one of the most popular Bollywood actors and has a huge fan following across the globe. The actor is also a proud owner of many luxurious properties in Mumbai. Some of them are Pratiksha, Janak, Vatsa and Jalsa. But Amitabh Bachchan prefers to reside in Jalsa his 100 crore home, which is perfect for the Shahenshah of Bollywood as it exudes royal vibes.
- Advertisement -

Amitabh Bachchan lives in Jalsa with his wife Jaya Bachchan, son Abhishek Bachchan, daughter in law Aishwarya Rai Bachchan and granddaughter Aaradhya Bachchan. It is from this home that the superstar steps out to interact with his fans during his Sunday ritual. He greets his fans from all over the world, standing on the makeshift podium at the gate of Jalsa.

Not many know that Amitabh Bachchan was gifted Jalsa by iconic director Ramesh Sippy as a present for acting in his movie, Satte Pe Satta. The superstar’s first house Prateeksha is located just 1 Km away from Jalsa.  The Piku stars home has a lot of greenery surrounding it, from a huge garden to potted plants and trees. Good use of earthy and warm tones with wood glamourises the house. One wall in Jalsa is dedicated to the family pictures of the Bachchan clan from different phases of their lives.

Jalsa holds many special memories and one of them being Amitabh Bachchan and Jaya Bachchan’s son, Abhishek Bachchan’s wedding with former Miss World, Aishwarya Rai. It was on April 20, 2007, when Abhishek and Aishwarya tied the knot in Prateeksha, but the baraat was flagged off from Jalsa.

On the work front, Amitabh Bachchan will soon be seen in Ayan Mukerji’s Brahmastra. The movie also features Ranbir Kapoor and Alia Bhatt in leading roles.

Also Read: Rajesh Khanna and Amitabh Bachchan starrer Anand to get a remake