Before Katrina Kaif, pregnancy rumours about these Bollywood actresses had everyone stunned 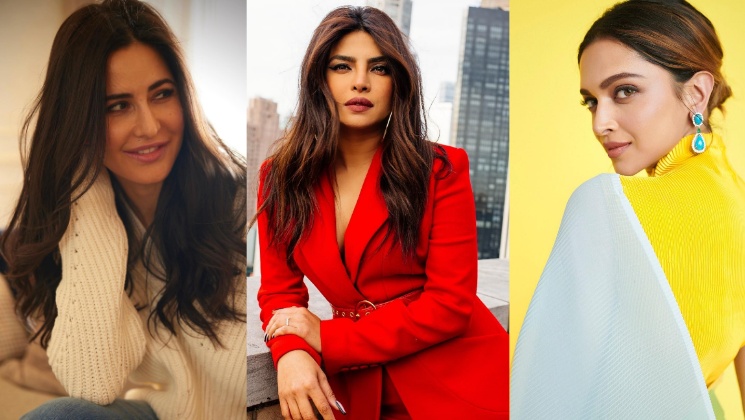 Katrina Kaif and Vicky Kaushal had the internet in a frenzy when rumours about the actress’ pregnancy had been going viral all over the internet. It was rumoured that Katrina and Vicky were expecting their first child, but nothing is confirmed yet. But, before Katrina Kaif, rumours about many Bollywood actresses have gone viral about their pregnancy.
- Advertisement -

From Priyanka Chopra to Deepika Padukone, many Bollywood actresses have made headlines over their rumoured pregnancies. While most of them have been false, they sure have left the fans absolutely stunned.

Priyanka Chopra and Nick Jonas tied the knot in December 2018. The couple had a lavish royal wedding in India and soon after pregnancy rumours about Priyanka Chopra began to make the rounds of the internet. Well, PeeCee usually did not pay any heed to the baseless rumours as she dropped a huge Baby announcement later. Priyanka announced the birth of her baby girl in January this year.

Deepika Padukone Pregnant? is a headline which is seen very often on the internet. But every time the fans are left guessing of this time it is true. So far there are no babies on the cards for one of the most successful couples in Bollywood. But Ranveer is often seen talking about discussing baby names with Deepika. “Ya I think about names all the time. I don’t know what it is, I think it’s because I have a copywriter in me still somewhere lurking. I have an obsession for names. I am fascinated by unique names. Every name phonetically has a different quality. Some are very powerful names, some are cute names, some are short names. I have a whole list of boy names and girl names and I am very secretive about it because I don’t want people to steal them. So yes! I do have a list and I am playing that card very close to me. I am not telling anybody. I don’t want them to get common. But I am discussing with Deepika constantly,” Ranveer told Pinkvilla.

Neha Kakkar and Rohanpreet Singh tied the knot on October 24, 2020. The couple had their fans in a state of mush with their cute photos and videos. But Neha had broken the internet after she posted a picture of herself flaunting a baby bump that Rohan and she cradled ever so lovingly. However, it was later revealed that the look was for a song titled Apna Khyal Rakhya Kar.

Aishwarya Rai Bachchan and Abhishek Bachchan are doting parents to the adorable Aradhya Bachchan. Their family pictures always have the internet swooning over them. But Aishwarya has also always made headlines about her second pregnancy rumours.

Sonam Kapoor and Anand Ahuja tied the knot on May 8, 2018. There were many rumours that Sonam is expecting her first child, but the Neeraj actress has always shut down the rumours. Well, Sonam is now all set to welcome her first child with Anand and we can’t get over the maternity photos.