Bollywood actors who became unrecognizable for their movie role 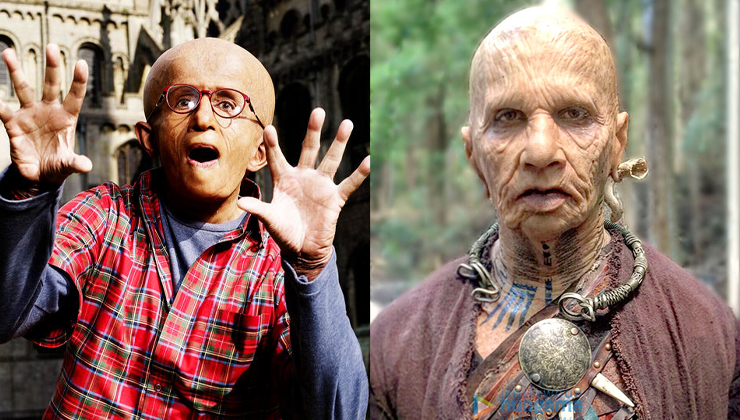 An actor has to invest a lot to play a specific character onscreen. They not only try to give their best in acting but also transform their appearances to give authenticity to their character. There have been instances where Bollywood actors have learnt a new skill or language or attire as per the demands of the role. But there have also been a number of award-winning performances where actors have become unrecognizable for movies by undergoing major body transformations.
- Advertisement -

The changes have been brought about by changing their diet or by the use of prosthetics. It is one of the biggest gifts of talent and versatility and has left fans in awe of the dedication towards the art that these Bollywood actors have displayed.

Rishi Kapoor in Kapoor & Sons, Amitabh Bachchan in Paa, to Rajkummar Rao in Raabta are some of the Bollywood actorss who have left fans impressed with their amazing onscreen transformation.

Here are some Bollywood actors who became unrecognisable for their movie roles:

Rishi Kapoor in Kapoor and Sons

Rishi Kapoor played the role of a 90-year-old grandfather in Kapoor and Sons. The make-up artist Greg Cannom transformed the ever-versatile actor into a chubby and cool grandpa to who everyone could relate to. This is another example of how makeup can transform the actors into the character they are portraying in the movie. The movie also featured Alia Bhatt, Fawad Khan and Siddharth Malhotra in pivotal roles.

The Maneesh Sharma directorial had King Khan in a double role of a superstar and his obsessed fan. It was not easy to transform Shah Rukh Khan into 25 years old in the movie. But makeup artist Grey Cannom made the perfect look of 25 years old Gaurav in the film. SRK won appreciation for his look.

Deepika Padukone’s Chhapaak look stunned everyone. She played the role of an acid attack victim. It was a challenge for a makeup artist to create the look of a victim. Deepika looked unrecognisable post her makeup and she won appreciation galore for her performance too.

The actress gained humongous weight for her debut movie Dum Laga Ke Haisha. She played the role of Ayushmann Khurrana’s overweight wife and how love finally blooms between them. Bhumi was body-shamed after this movie but she soon lost 27 kg for the movie Toilet Ek Prem Katha.

And here is my Guest appearance from #Raabta. pic.twitter.com/AZaHryWX6a

Rajkummar Rao as the supercentenarian was simply praiseworthy. The actor played the character of Mohak in Sushant Singh Rajput and Kriti Sanon starrer. The prosthetic makeup expert Zuby Johal made him completely unrecognizable in the movie.

Randeep Hooda was seen playing the titular role of Sarbjit in the movie, his appearance in the film left fans shocked. For the perfect look, he went on a starving diet. He had to cut down all his meals, and he stayed on water and coffee. When he entered the set, he was totally unnoticed and it took almost 15 minutes for Aishwariya Rai to recognize Randeep.