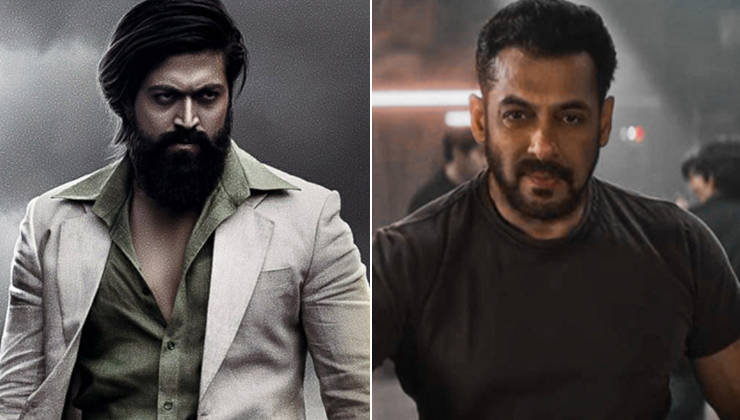 The Yash starrer KGF Chapter 2, directed by Prashanth Neel is proving to be the biggest blockbuster. The movie has maintained a successful run at the box office since its release day. And, the Yash starrer continues to make good numbers at the box office. So far, KGF 2 has emerged as the top grosser post-pandemic, overseas. Amidst the success of the movie, fans are eagerly waiting for KGF Chapter 3.
- Advertisement -

From Yash starrer KGF Chapter 3 to Salman Khan and Katrina Kaif‘s Tiger 3; check out the most-awaited sequels of blockbuster movies.

Here are the 10 most-awaited sequels of blockbuster movies!

KGF Chapter 2 was a box office hit. The movie is running in theatres still. The makers are reportedly planning the third installment of the Yash starrer. The second installment featured Yash, Sanjay Dutt, Raveena Tandon in key roles.

Pushpa, starring Allu Arjun and Rashmika Mandanna created a storm at the box office, after its release. It was a box office hit. The makers are planning for the second installment of the movie.

Akshay Kumar played God in the first installment of OMG- Oh My God. The actor has kick-started shooting for the second installment already. Several pictures of the actor, with his co-star Pankaj Tripathi, have surfaced on the internet. The photos are from the sets of OMG 2.

Salman Khan made our hearts melt with his stellar performance in the movie Bajrangi Bhaijaan. The actor is all set to come back with a sequel of the movie. However, reportedly the dates of the movie are under the wraps.

Bhool Bhulaiyaa starring Akshay Kumar and Vidya Balan was a box office success. Kartik Aaryan, Kiara Advani, and Tabu feature in Bhool Bhulaiyaa 2, directed by Anees Bazmee. And, the movie is scheduled to release on May 13. The trailer of Bhool Bhulaiyaa 2 was released recently and it was all things spooky and fun.

Hrithik Roshan and Tiger Shroff left fans in a frenzy after the release of their action-packed movie War. The movie created fireworks at the box office. A sequel of War is reportedly on the cards.

In several posts on Instagram, Hrithik Roshan has hinted at the fourth installment of the Krrish franchise. Hrithik plays the role of superhero Krrish in the Rakesh Roshan-directed movies. Fans are eagerly waiting for this one.

Ranveer Singh had recently opened up about the sequel of Simmba. He mentioned he is awaiting a call from director Rohit Shetty. The actor said that he would be disappointed if Simmba 2 is not made. He told Film Companion, the sequel of Simmba was designed to be made.

The action-thriller has garnered a massive fan base over the years, for its action-packed scenes and automobiles. Reportedly, the fourth instalment of Dhoom is in the making. The previous season featured Aamir Khan and Katrina Kaif.