The Most Savage Takedown on Gordon Ramsay’s Kitchen Nightmare, According to Reddit 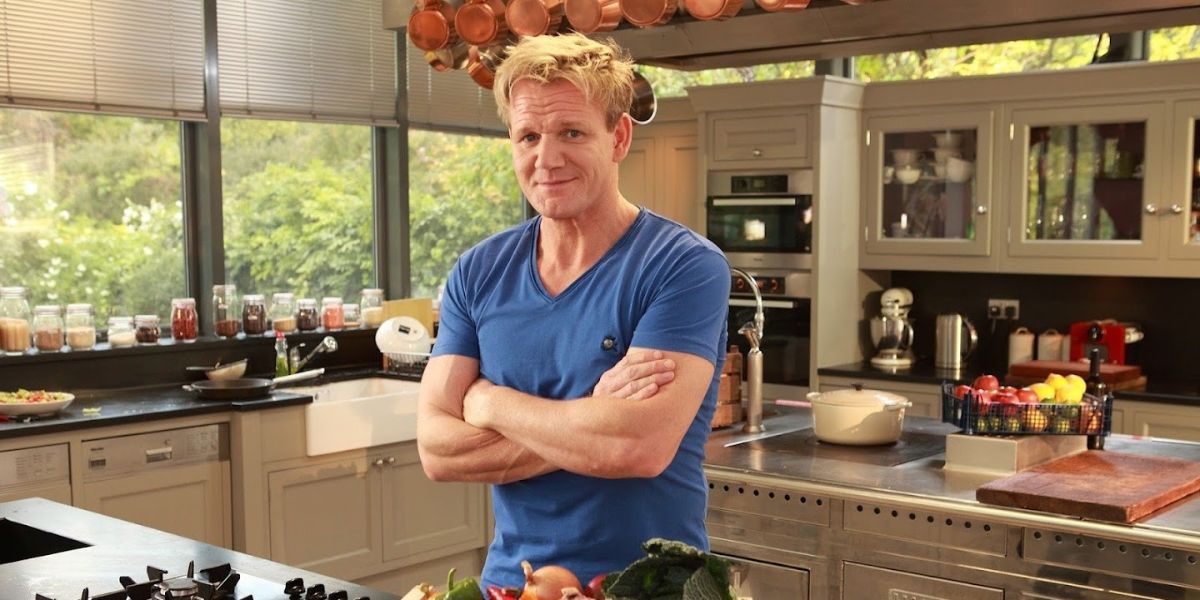 Gordon Ramsay Known for being one of the most profane, blunt and strict cooks around the world. As a world-class chef, Ramsay has been awarded 16 Michelin stars for his restaurant group, Gordon Ramsay Restaurant. He is best known for his reality TV cooking contest, hell’s Kitchenand his fixer-upper-themed show for run-down restaurants, kitchen Nightmares,

Since then, he has continued to produce and star in other reality and fixer-upper shows, includingHotel Hell, Gordon Behind the Barsand being a judge on the acclaimed master Chef, However, their most famous characteristic is their language and fiercely British attitude—especially when evaluating restaurants. kitchen Nightmares, Fans on Reddit have been debating the most outrageously hilarious, savage moments Ramsay has had on the show. If you can’t stand the heat, get out of the kitchen when Ramsay is around!

In Season 1, Ramsay visits Sebastian’s Pizza, a failing Italian restaurant that needs help. The owner, Sebastian, begins to lose his temper with Gordon after Gordon’s harsh comments on the food. After an exchange of words from the boss and a sprinkling of mother-in-law for trying to dominate Gordon, he quickly learns it was the wrong move. Gordon goes to the kitchen for a word. Sebastian says he’s been running the restaurant for two years, to which Gordon quickly asks, “What’s been successful there? Nothing’s successful here.” Sebastian, smiling, replies, “I’m still here.” Gordon patted her on the shoulder and replied, “You just answered my question.”

Later, even after Gordon’s help, Sebastian is still obnoxious and rude to the others. Gordon was a low blow when he had had enough, saying, “I’m 40 and I’ve been to a lot of restaurants, but I’ve never, ever, met anyone I believed in. That’s as young as you.”

In another episode of Season 1, Gordon visits Hannah and Mason’s bistro in Cranbury, New Jersey. Things get increasingly intense when Gordon begins checking food refrigerators to see how the chefs treat the food. What they found was repulsive, and the restaurant had to be closed later in the episode.

He erupts in rage against the owner, realizing that they are serving possibly contaminated food every night – and even to Gordon! As he is screaming, the owner looks away and is silent. Gordon yells, “Hey, Panini Head?! Are you listening to me?!” It was not only a brutal moment but also hilarious.

Gordon travels to Arizona to meet the eccentric owners of Amy’s Baking Company. Upon arrival, Gordon is surprised to learn that the servers do not make the tips, and the owner takes them. When Gordon confronts the owner and tells the client that the owner is tipping their server, the owner gets defensive, turning on Gordon. “Don’t f—with me,” warns Gordon.

As the episode continues, tensions build up, and the owners almost get into physical fights with the customers and regularly curse them. In his most brutal move yet, Gordon sits the bosses down and explains, “The right thing for me is to get out of here. May you succeed.” They didn’t deserve his help!

Gordon visits a restaurant in California and attempts to fix the already shaky menu and cooking. After working to create an entirely new menu for the restaurant, the stubborn head (and French) chef falls back to his old ways. Gordon intervenes when a table has to be sent back due to cooking, and possibly kitchen Nightmares‘ Worst screaming match yet.

“Your menu isn’t better than mine,” the chef argues, boasting (and bluffing) about the rewards given for cooking to Gordon’s shock. Gordon has lost his temper; He curses her and yells, “Who the f – you turn around and tell me? [my menu is bad] When do you act like a pig? A French Pig! ,

In this Season 3 episode, Gordon travels to Miami to visit a crumbling Danish restaurant, only drawing in a younger and older customer base. After Gordon gives the restaurant an up-to-date renovation and modern menu, which includes each entree to offer a one-of-a-kind side salad, cooks run into a problem.

After some Caesar salads shipped with carrots (an ingredient that shouldn’t be included in a traditional Caesar salad), Gordon is puzzled. “It’s a very complicated salad,” admits one cook, to which Gordon retorts, “Complicated? What? My gran could do better… and she’s dead!”

in this episode kitchen Nightmares, Gordon takes you to a Mexican-style restaurant. When he inevitably checks the freezer in the basement where most of the food is kept, he finds some disgusting storage containers. Some are filled with old pieces of chicken, another with a brown slop that partially closed the restaurant, and another with frozen ground beef with cheese.

He picks her up, asking, “What was that?” The owner replies, “That was … ground beef.” He incredulously replies, “Ground beef? Half of it is fat, you idiot. It’s fatter than you!” Gordon may have gone too far with that one, but his anger at how the food was cooked was completely valid.

Gordon visited Michonne’s Smoked Meats and Seafood, a Georgia restaurant, to help with his business. Things definitely got blurry! After tasting some food, Gordon meets with the chef and starts asking him questions.

After learning that many meats weren’t actually smoked, he asks, “Is there anything I ate today that wasn’t a microwave?” A cook replies, “Salad.” Gordon looks on in disbelief and replies, “Salad? You taste the donut, sure, you don’t put the salad in the microwave.” Only Chef Gordon Ramsay could insult the word “doughnut”.