HomeTelevisionBharti Singh gives a glimpse of her baby boy as he completes...
Television 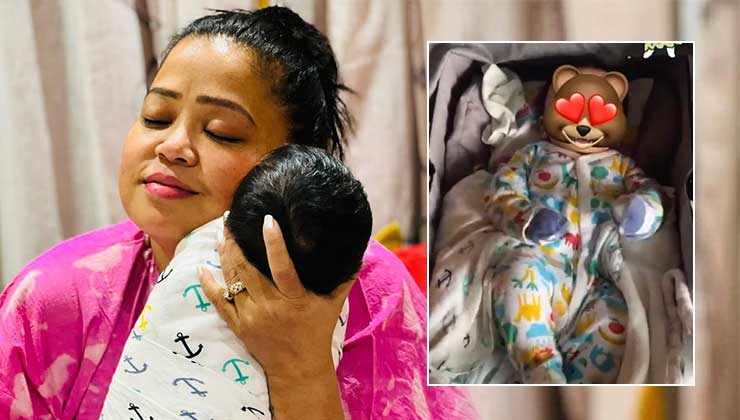 Few days after welcoming her baby boy, Bharti had shared his first photo on Instagram. In the photo, Bharti can be seen holding her son close. She had captioned it, “life line (heart emojis)”

After giving birth to her son, Bharti had shared a photo with Haarsh from their maternity shoot and captioned it, “It’s a BOY (red heart emojis)” Several celebrities including Jasmin Bhasin, Jay Bhanushali, Mahhi Vij, Anita Hassanandani among others congratulated her and Haarsh.

Bharti was working during her pregnancy. She was seen as a host on the popular dance reality show, Dance Deewane 3. Later, she was hosting Hunarbaaz with her husband Haarsh. The show was judged by Mithun Chakraborty, Karan Johar and Parineeti Chopra. She was also a part of Khatra Khatra Khatra with her husband.

Bharti is one of the most loved comedians. She has created numerous comedy shows as well as hosted various shows. She has been part of many reality shows such as Jhalak Dikhhla Jaa 5, Nach Baliye 8 and Fear Factor: Khatron Ke Khiladi 9. Bharti is active on Instagram and keeps her fans updated all the time.

On 3 December 2017, Bharti married Haarsh. And this year, the couple welcomed their first child, a baby boy. She is living her best life and her social media posts are proof.