HomeTelevisionCannes 2022: Helly Shah exude elegance in yet another look from the...
Television 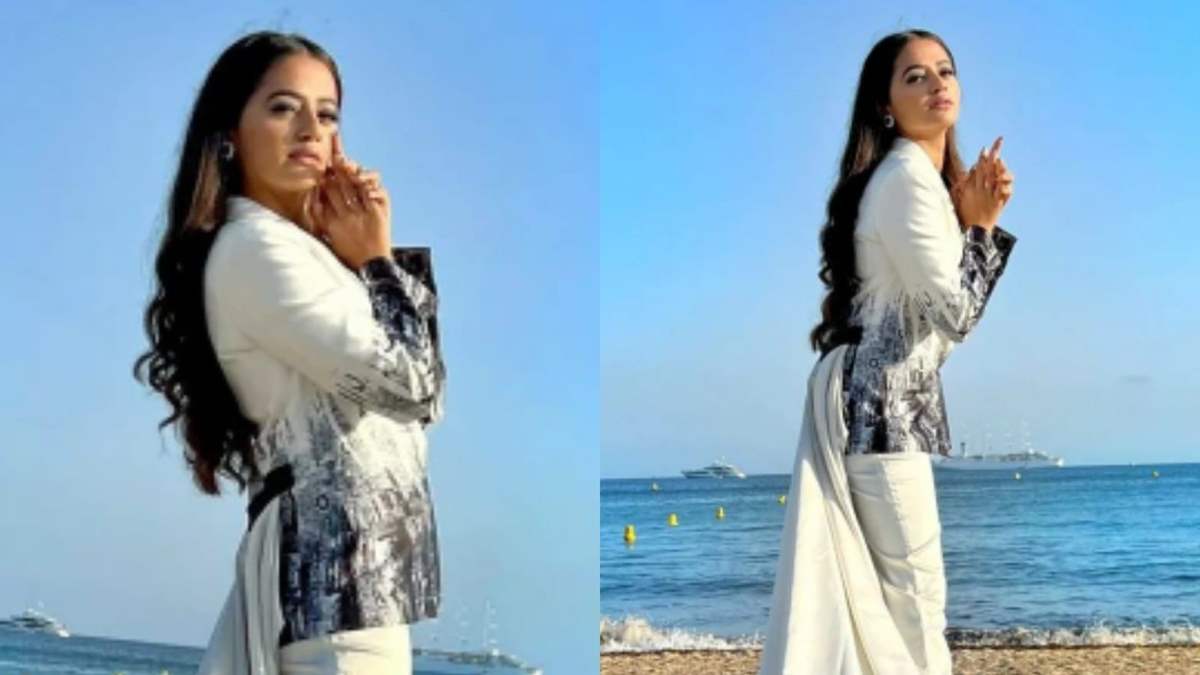 Cannes 2022 got off to a roaring start on May 17. India has been named the first ‘Country of Honour’ at the Marche du Cinema. While the Bollywood actresses has made the country proud by representing the nation, TV stars are also at par. Actress Hina Khan and Helly Shah have made the TV industry super-proud and how!

Helly has officially made her red carpet debut on day 2 of Cannes Film Festival 2022 and well, she has most definitely stunned everyone with her look for the big day. And now, photos from her appearance have been doing rounds on social media and how.

In yet another stunning look, Helly is showing how can someone exude elegance in such a poised manner. She has donned a white pant suit with a twist. The pant suit has a trail which sweeps the floor and adds drama to the ensemble. She looks stunning with her matt makeup and statement accessories. The actress left her tresses open with soft curls rolling down her back

Have a look at the pictures:

She sure did have a stunning debut but also a fan girl moment she cherished. Helly shared photos with Aishwarya Rai Bachchan from her meeting at Cannes 2022. Along with the photos, she also shared a sweet note.

Meanwhile, fans too, have been sending all the love her way after her sparkly appearance. Others who are also present at the Cannes 2022 as a part of Indian representation include Deepika Padukone, Hina Khan, Pooja Hegde, among others. In addition, Deepika is also serving as a jury member at the prestigious film festival this year.