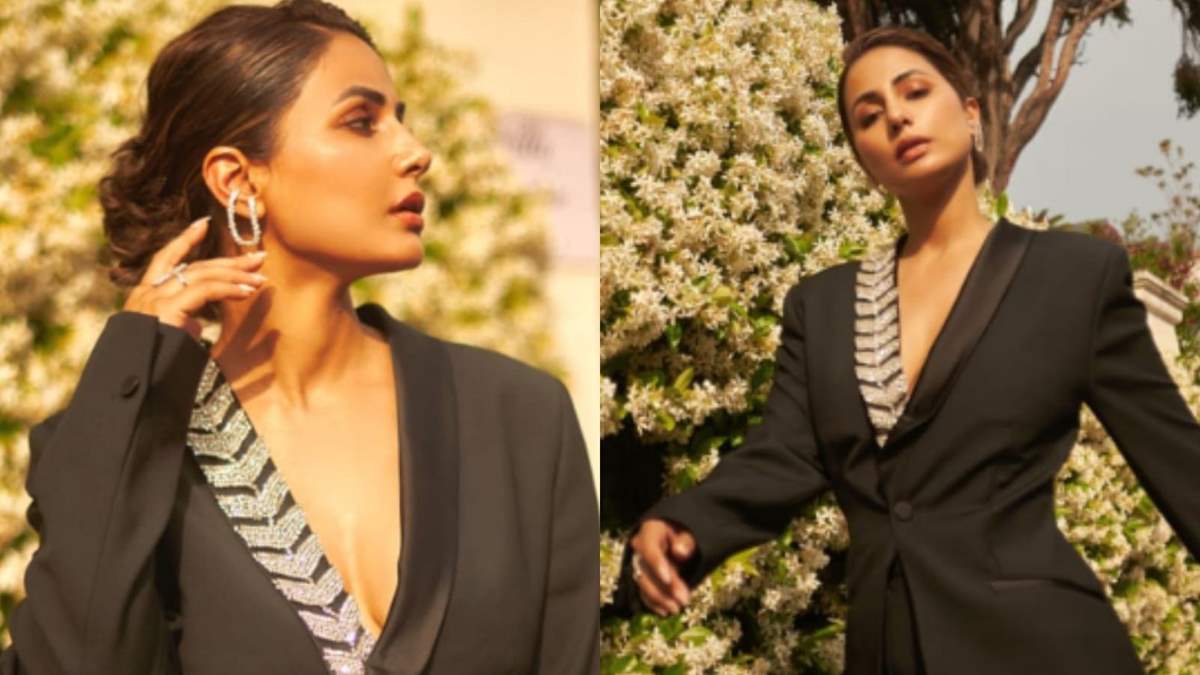 Cannes 2022 got off to a roaring start on May 17. India has been named the first ‘Country of Honour’ at the Marche du Cinema. While the Bollywood actresses has made the country proud by representing the nation, TV stars are also at par. Actress Hina Khan and Helly Shah have made the TV industry super-proud and how!

Hina Khan managed to work up quite the storm when she made her Cannes Film Festival debut in 2019. She had graced the red carpets twice that year and oh boy, did she manage to do it with utmost ease and grace. She truly is a fashionista and that appearance of her brought immense joy to the TV industry and the entertainment industry in India, at large.

And now, in 2022, Hina has definitely upped her game and has not disappointed her fans with her gorgeous looks from the event. Talking about her latest look, Hina is dishing out chic vibes and looks like a boss lady. Hina can be seen donning a jet black pant suit with an embellished silver border at one end of her plunging neck line. She has accentuated her look with statement earrings and finger rings. The diva has opted for a nude makeup look while her hair is pulled back into an unkempt low bun.

Have a look at the pictures: