HomeTelevisionFinally! Gungun to claim Anubhav as her husband; to shock Aakriti and...
Television

Finally! Gungun to claim Anubhav as her husband; to shock Aakriti and the family in ‘Kabhi … – Entrendz Showbizz 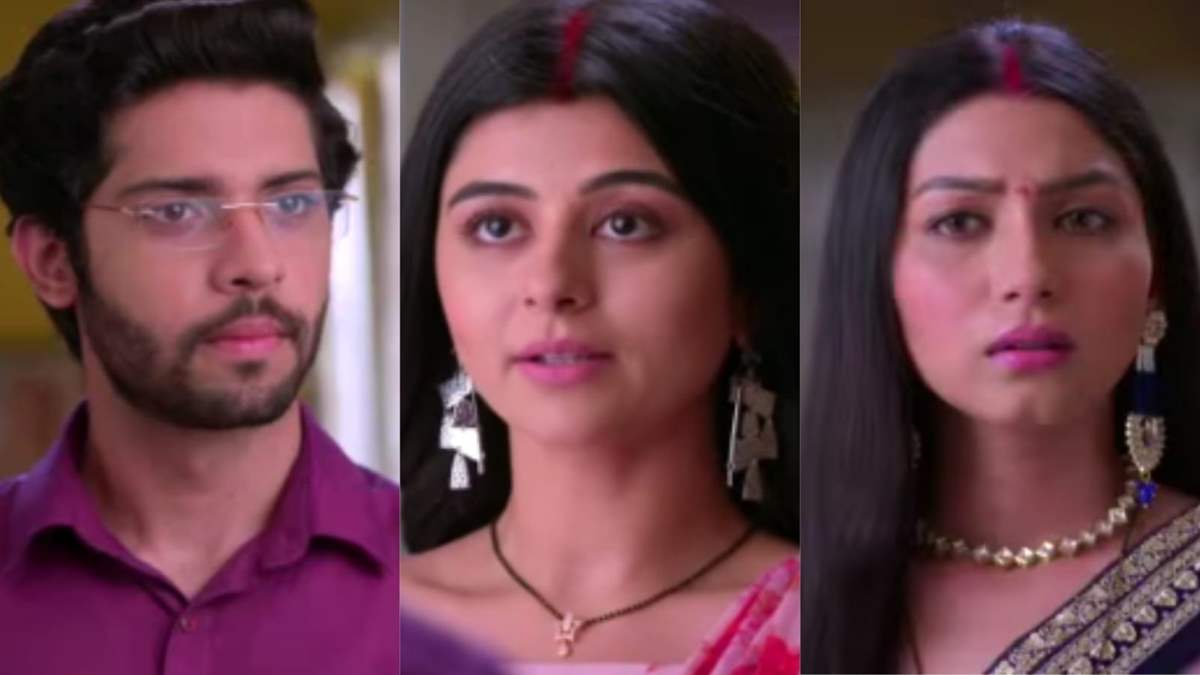 Star Plus show ‘Kabhi Kabhie Ittefaq Sey’ has kept the fans glued to the TV screens. The current track of the show revolves around Anubhav still not be able to take a firm stand between Aakriti and Gungun. He secretly married Gungun because of unavoidable situation and later also got hitched to Aakriti. While Gungun was taking her marriage with Anubhav very seriously, she decided to wipe off the sindoor in her hairline and move abroad.

In the previous episode, Aakriti continued to be suspicious over Anu’s behaviour while Gungun decided to move abroad. Anu told Gungun that she shouldn’t run away from the situation and face the same. He is completely against Gungun shifting base to abroad.

Well, in the forthcoming episode, Gungun is going to take a shocking action which will leave Anubhav, Aakriti and the entire Kulshreshtha family stunned. In a recent promo released by the channel, Gungun ends up at Kulshreshtha’s house and announces that she has dropped her plans of shifting to abroad and will continue to be in Anu’s life as he loves her. This leaves Aakriti furious and she asks Gungun to not cook stories. Gungun than announces that she is married to Anubhav. This leaves the entire family flabbergasted.

Have a look at the promo:

‘Kabhi Kabhie Ittefaq Sey’ is produced by Cockcrow and Shaika Films. The show has a stellar star cast including actors like Yesha Rughani, Manan Joshi, Mehul Nisar, Delnaz Irani, Riya Bhattacharje among others.