HomeTelevisionFrom hanging upside down from a tree to ending up at Akshara's...
Television 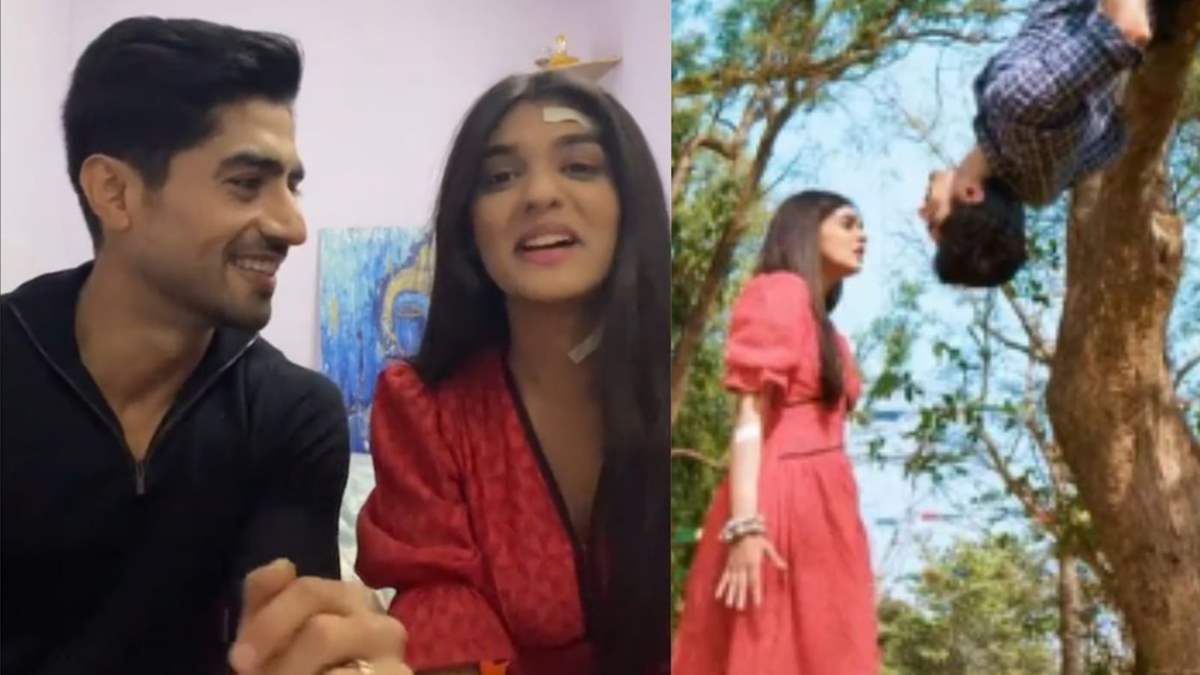 Star Plus show ‘Yeh Rishta Kya Kehlata Hai’ is marching towards a high point wherein Abhimanyu and Akshara have finally expressed love to each other. Abhi is set to get married to Aarohi but in the nick of time he learned the truth regarding Akshara saving him from the fire accident. In the upcoming episode, Abhi will trick Akshara into confessing her feelings.

A promo has been doing the rounds wherein Abhimanyu asks Akshara to elope with him as the matter is too complicated for both the families to understand. Akshara stays mum over the same and now the million dollar question is whether Akshu will agree to elope with Abhi or no.

The high point drama has garnered 3.1 rating for the show and made the show enter the TOP 2 most viewed show across channels. The channel arranged for a special LIVE session with the lead pair of the show.

Harshad Chopda and Pranali Rathod as Abhi and Akshu interacted with fans in a quick LIVE session where they spoke about the upcoming track of the show. Harshad said, “Well, for me Akshara’s accident track came as a complete surprise. I hadn’t thought about it and it was like a pleasant surprise. Although I don’t know about the future track, I’m sure it will leave the viewers surprised”.

When asked about a crazy thing that Harshad has done as a character, Harshad and Pranali stated that everything that Abhimanyu does is sort of crazy. He said, “From hanging upside down to ending up at Akshara’s room amidst the wedding preps and then jumping down in style from her window; everything that Abhi does is quite crazy”.

Talking about his experience on hanging upside down from a tree (popularly called as the Spiderman sequence), Harshad said, “Don’t even get started about it. I know how much I suffered the next day”.

Have a look at the LIVE:

Well, in the upcoming episodes, audience will learn about Akshara’s response to Abhi’s proposal of elopement. Are you excited for the same? Hit the comment section below.