HomeTelevisionI am glad I have formed a beautiful connect with Sneha -...
Television 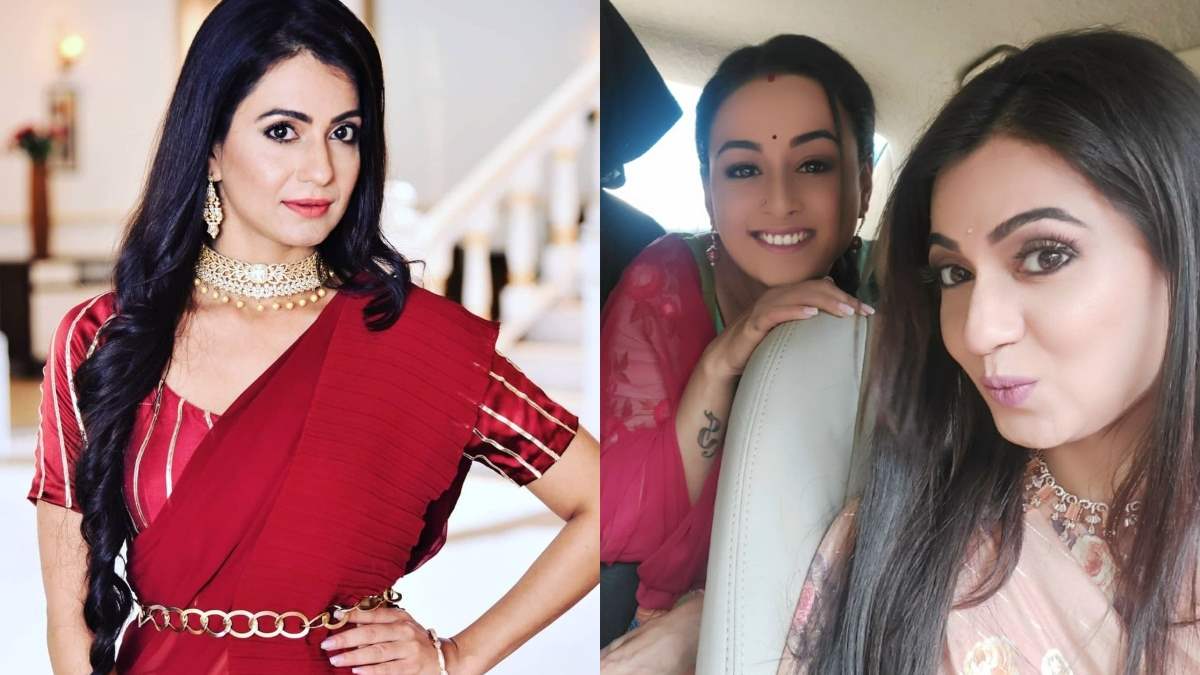 Actresses Akanksha Juneja aka Kanak Desai and Sneha Jain aka Gehna Desai are both a part of the show Saath Nibhaana Saathiya 2. They both may not have a great rapport on-screen, but the duo share a good bond offscreen. Right from making reels together for Instagram and uploading cute pictures, they are becoming a popular jodi of friends.

“Sneha is a very charming and sweet girl. When I first saw her on the sets, I knew that we would have a great bond. Then one day, we regularly started talking and sharing our experiences. I didn’t realise how close friends we became in the short time. After talking a lot, I got to know how we both had common interests. It has been a great connect with her.”

In the show, Akanksha aka Kanak Desai hates her ‘Devrani’ Sneha aka Gehna. Talking about the same, Akanksha says,

“In the show, I want to make Gehna’s life miserable. I keep on planning and plotting to create problems in Gehna’s life. Kanak hates Gehna in the show and makes sure she doesn’t live happily.”

Though they share an enemy bond on the screen, they are really close friends and have a very strong bond offscreen. The multi-talented actresses are very great friends and are nothing like their onscreen characters. They like to have fun on sets and hang out together.

“I feel that our bond as co-actors and friends has strengthened day by day. I enjoy her company and vibe. We make reels, click pictures, make videos and hang out together. If we are sitting together, it becomes difficult for anyone to make us quiet, as we have too many things to share. My off-screen bond with Sneha is adorable. We are just opposite in reel and real life.”

She adds, “I enjoy acting with her and we have many scenes together. I am glad that I have formed a beautiful connect with Sneha.”

Akanksha Juneja is a popular television actress known for portraying negative roles. Talking about the show Saath Nibhaana Saathiya 2, it has Sneha Jain, Harsh Nagar, Gautam Vig, Akanksha Juneja and many more. It will be interesting to watch what twists and turns the show offers to the audiences.