I was excited and nervous – Entrendz Showbizz 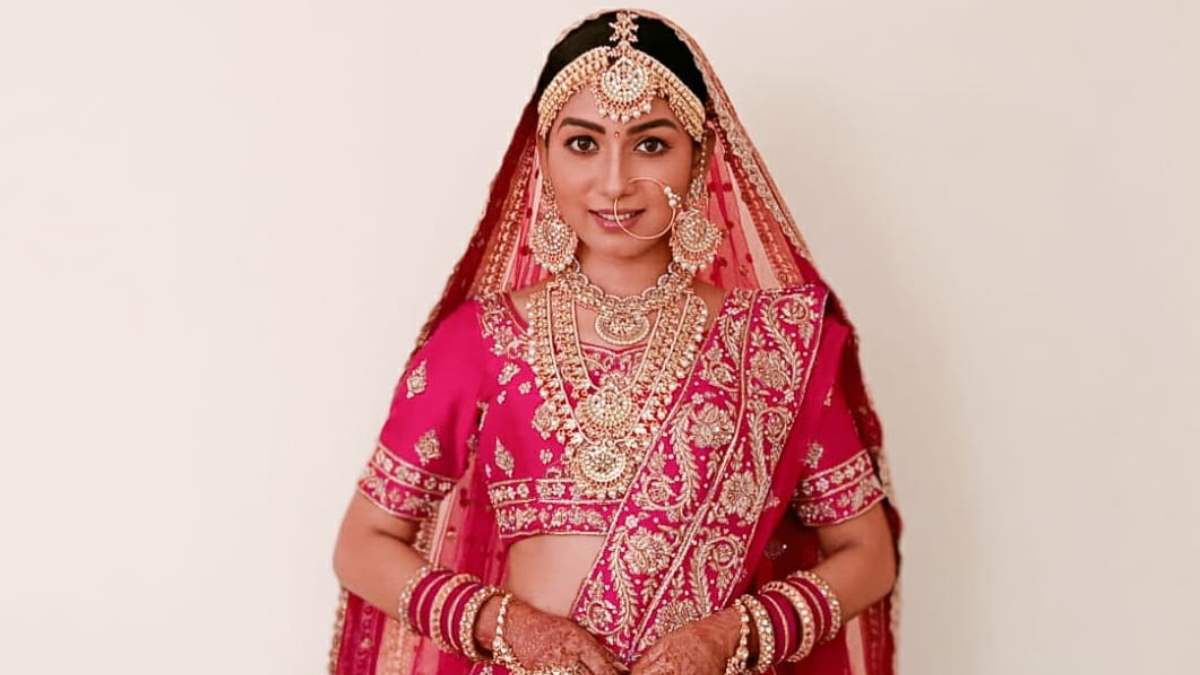 Be it reel or real, marriage is one of the most important turns in a girl’s life. From choosing the beautiful attire to makeup, the feeling of becoming a bride for the first time is very special. Currently, on her TV show Kabhi Kabhie Ittefaq Sey, Riya aka Akriti is all set to marry her co-star Anubhav aka Manan Joshi.

Talking about her character in the show, the actress is seen playing the role of Akriti Saxena on the show. Akriti is Garima and Shankar’s daughter and Gungun’s cousin. She is in love with Anubhav and is all set to marry him, but it will be interesting to watch what twists and turns are offered by the show.

She will be seen in red bridal attire for the wedding on the show. Speaking about the sequence, she said,

“This is the first time I have dressed up as a bride. In my reel wedding, my character Akriti gets ready in a beautiful red lehenga. When I got to know about the wedding sequence, I was excited and nervous. As a bride, I felt so many emotions, like those of fear, happiness, nervousness, etc.”

Speaking about her take on the wedding, the actress says,

“The wedding always holds some of the best memories of one’s life, be it for the groom or the bride. It’s simply a new beginning of life. Every bride gets emotional when they think about their wedding day. Being a bride in reel life, gave me a feeling that every bride goes through. It was super fun and amazing to shoot this sequence. It was more exciting for me as this was the first time I became a bride on screen. I was so happy to get decked up in a beautiful lehenga.”

Riya Bhattacharje had made her television debut with the show Agni Vayu and has also been seen in shows like ‘Ishq Mein Marjawan 2’ and ‘Nath.’

Talking about the show, Riya Bhattacharje Yesha Rughani, Manan Joshi, are seen in the pivotal roles.