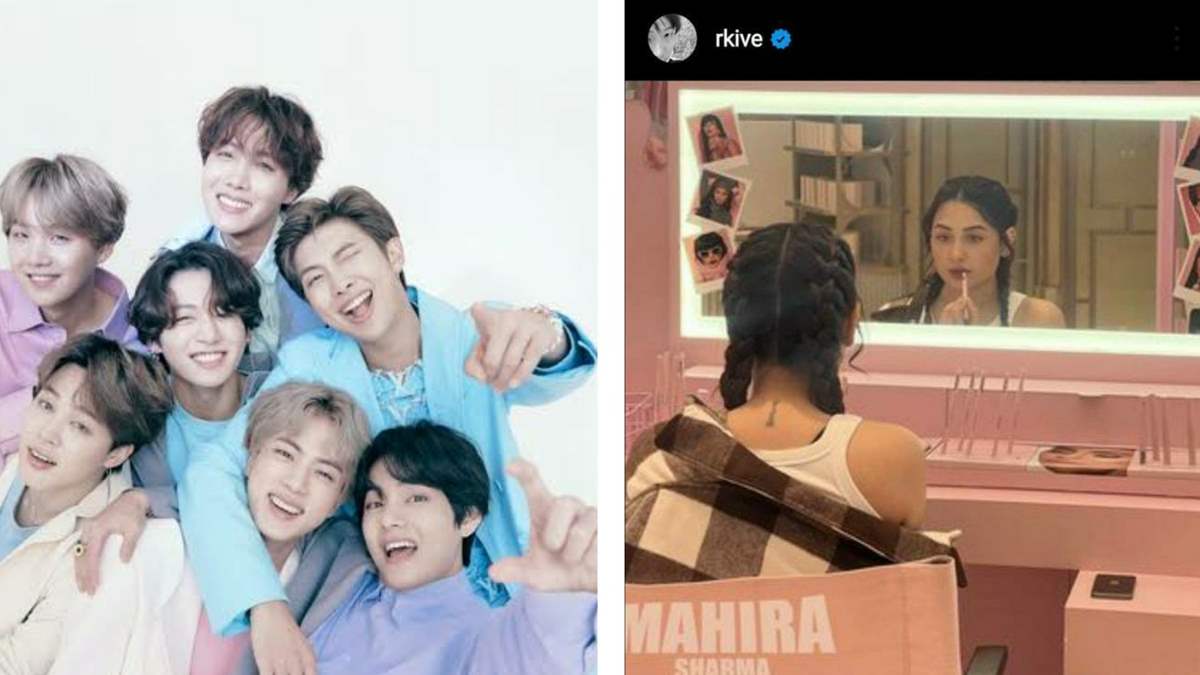 Actress Mahira Sharma has been ruling the world of music videos for quite some time now. The actress who has proved her acting prowess went on to participate in the most blockbuster season of the reality show Bigg Boss which made her a household name ever since. And not to forget, the actress has also carved a niche for herself as a fashion icon and in the entertainment industry with her nuanced acting skills in a plethora of her projects.

And now, we came across a shocking news that has created a stir on the internet. There are several rumours doing rounds that Mahira might be a part of a BTS Band’s video! And the sheer proof of the same is this post shared by Kim Nam-Joon (@rkive) of Mahira but later on deleted it. Is this hinting at their collaboration together?

In addition to that, Sharma enjoys a humungous fan base of more than 4 Million followers. The actress who’s been constantly working is all set to be a part of some great projects ie. her upcoming Punjabi film and her song with Meet Bros.

Share
Facebook
Twitter
Pinterest
WhatsApp
Linkedin
ReddIt
Email
Tumblr
Telegram
Previous articleElon Musk Claims He Texted Bill Gates About Why He Can’t Take His Stance On Climate Change ‘Seriously’ – Entrendz Showbizz
Next articleJanhvi Kapoor reveals Sridevi ‘was obsessed’ with the meaning of her name: ‘She would keep looking at me and telling me…’ – Entrendz Showbizz