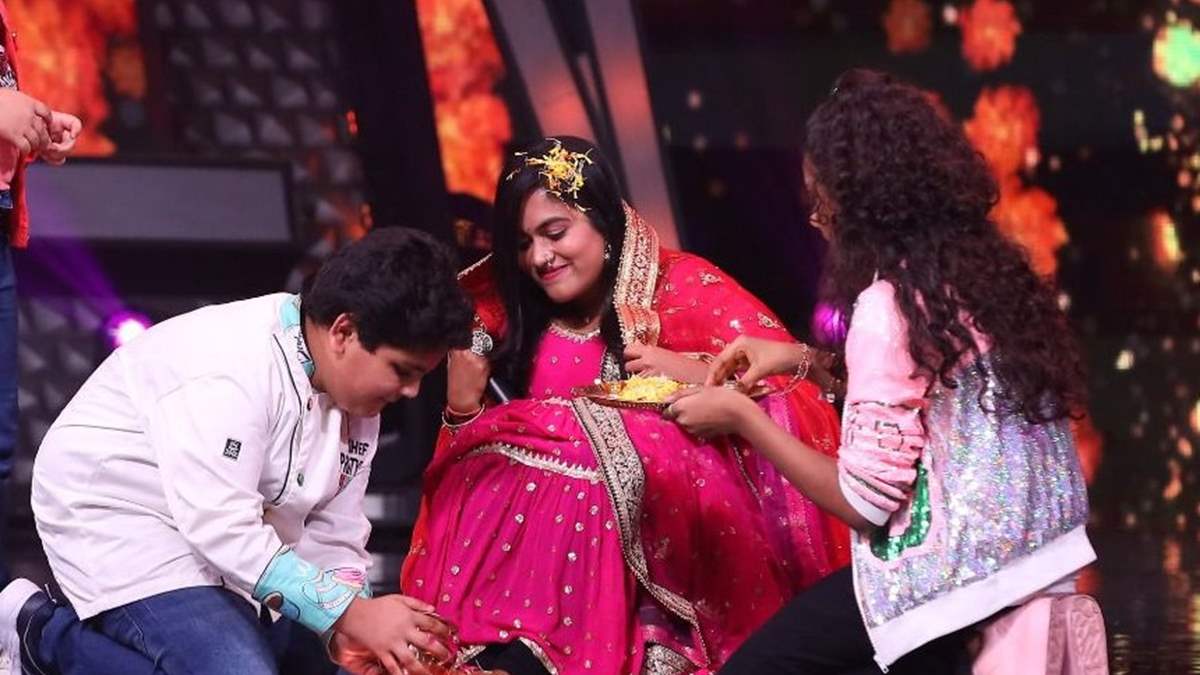 Following the overwhelming success of Superstar Singer season 1, Sony Entertainment Television is brought another vibrant season of its homegrown kids based singing reality show – Superstar Singer. Celebrating singing ka kal, Superstar Singer 2 showcases some extraordinary little wonders from across the country with a unique sense of musical expression, dedication and passion. Grooming and mentoring this young singing talent will be a well-appointed panel of Captains. Joining Arunita Kanjilal and Pawandeep as the captain of Superstar Singer 2 is Indian Idol Season 12’s finalist and popularly known as Bharat ki Beti – Sayli Kamble.

On her association with the show, Sayli said, “Superstar Singer season 1 left a mark in the minds of the entire country with the spectacular voices of the younger generation; I too was a big fan of the show. And, now getting a chance to mentor the ‘Singing Ka Kal’ is an overwhelming feeling for me”.

Sayli recently got married to her boyfriend. While Captain Sayli Kamble’s wedding was one of the most talked-about event in the Indian Music Industry, Superstar Singer 2 contestants and Sayli ke Soldiers-Pratyush Anand, Samaira Mahajan and Vishwaja Jadhav have their own way to make it even more special for the singer.

All three talented kids will wash their beloved captain Sayli’s feet as a loving gesture and will also shower flowers over her to welcome her as a newlywed. While all of them refer to her as their elder sister, Pratyush takes up the opportunity to warn Sayli’s husband to take proper care of her.