HomeTelevisionShehnaaz Gill enjoys a day at beach, jokes ‘not moon but she...
Television

Shehnaaz Gill enjoys a day at beach, jokes ‘not moon but she attracts water’- WATCH 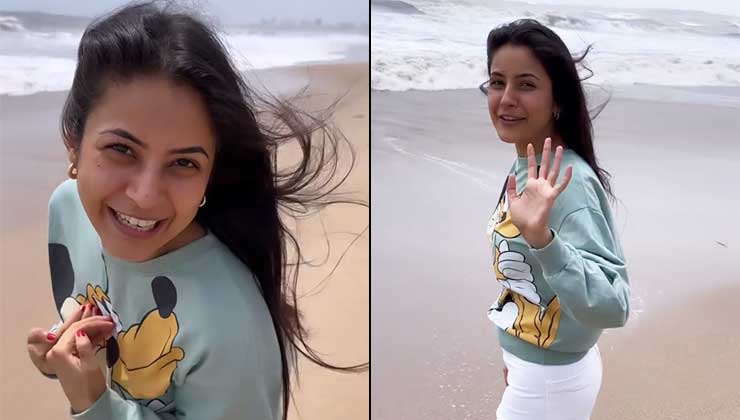 Shehnaaz Gill is one of the most loved actors in the industry. The actress enjoys great popularity. Shehnaaz is active on Instagram and keeps her fans and followers updated and entertained. Speaking of that, on Saturday, Shehnaaz dropped a video and gave fans a glimpse of her fun day at the beach. The actress was in a good mood and her cuteness will make you fall in love with her.

The actress is seen a printed T-shirt and white pants. Speaking to the camera, Shehnaaz explained how it is said that the moon attracts the tide, but she’s the one who’s attracting the water.

Fans too were all hearts for the actress. A fan commented, “Shehnaaz is the best vibe ever. Our shining star. Pure soul #ShehnaazGill.” Another one wrote, “we love you to the moon and back.”

On the work front, reportedly, Shehnaaz will be making her big Bollywood debut with Salman Khan starrer Kabhi Eid Kabhi Diwali. The actress is yet to make an official announcement. Shehnaaz made her acting debut with the Punjabi film ‘Honsla Rakh’, which also featured Diljit Dosanjh and Sonam Bajwa.