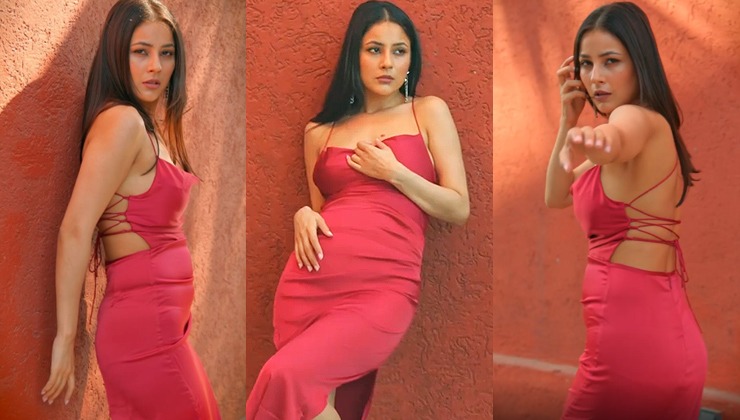 Shehnaaz Gill has a huge fan base on social media and she never misses out on a chance to leave them impressed with her pictures and videos. From her pool pics to her reel videos, every single posts of her set the internet on fire. Her latest reel video is no less. The former Bigg Boss contestant has posted a reel in a bright pink backless dress and she looked smoking hot in it. Song Senorita by Camila Cabello and Shawn Mendes is played in the video. It seems to be from one of her photoshoots where she could be seen posing sensuously.

Sharing the video, Shehnaaz wrote, ❤️❤️❤️ #shehnaazgill”. She opted for minimal makeup with blush and nude lips and kept her tresses open. The diva could be seen flaunting her curves in the video. Her fans went gaga seeing her hot avatar.

Have a look at some of the comments by fans.

Shehnaaz is rumoured to be soon making her Bollywood debut with Salman Khan‘s Kabhi Eid Kabhi Diwali, in which she will romance Jassie Gill. Neither the makers nor Shehnaaz have confirmed about it.

Yesterday, the Punjabi star left SidNaaz’s fans emotional as she crooned Kaun Tujhe song from MS Dhoni. In the video, she said she feels like singing in this baarish ka Mausam.