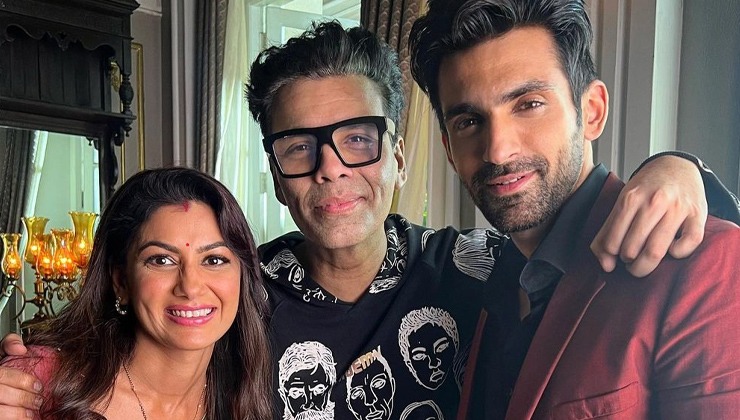 Arjit shared the news on his Instagram handle as he shared a handwritten note from Karan. The note read, “Dearest Arjit, Thank You for being a part of my film. Welcome again to the Dharma family. All my love, Karan.” Though Arjit has not mentioned the name of the Dharma Film but he hinted at joining Dharma Productions and signing up a big movie as he called it a “blockbuster”.

The actor wrote, “Can’t help but Flaunt this. Just 14 hours of being directed by this Legend. It has been an overwhelming and humbling experience to say the least. Thank you @karanjohar @dharmamovies for making us a small part of this blockbuster in the making and to the whole team for being so generous. All the very best to all of you ❤️🙌 🧿 #Gratitude 🫶” Sriti replied, “Fortunate firsts!!❤️❤️”.

Earlier, Shraddha Arya and Arjun Bijlani shared their pics with KJo and informed everyone about their collaboration with Dharma Productions.

Rocky Aur Rani Ki Prem Kahani is set to release in February next year. Recently, Karan announced the “talkie wrap” of the film.

Also Read: Arjun Bijlani shares special note from Karan Johar as he signs up for a movie, see PICS