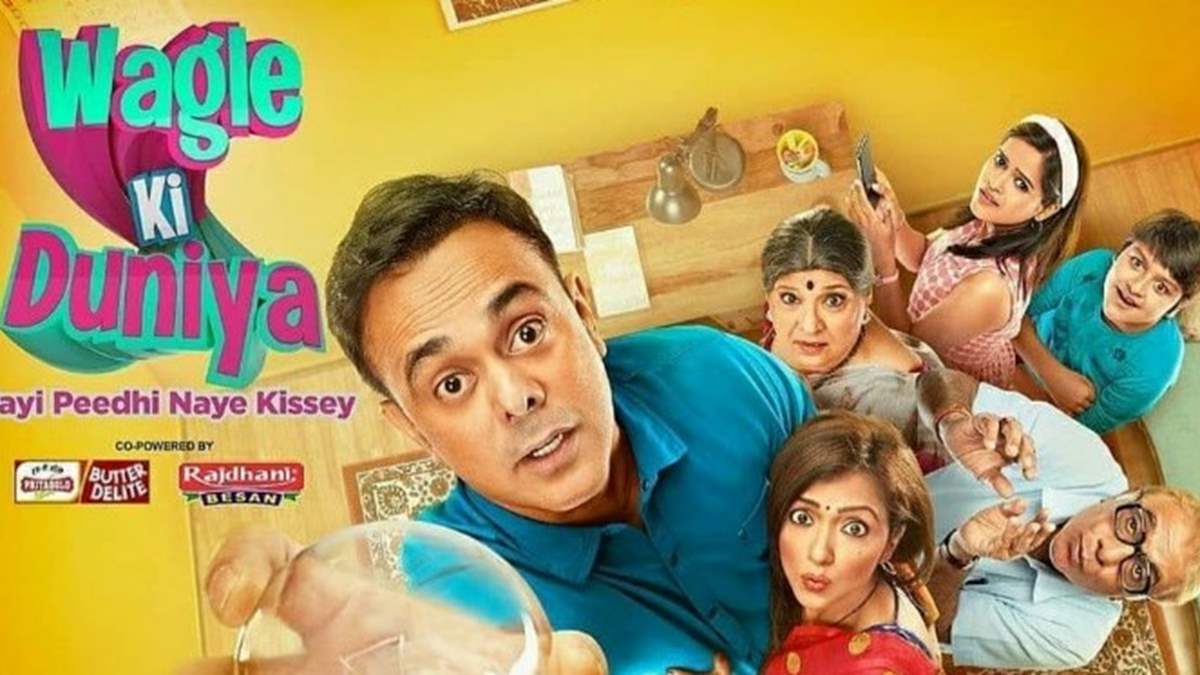 From rejoicing in festivals together to celebrating little yet significant family traditions, The Wagles are known to mirror magical moments taken out of our daily lives. For Gudi Padwa this year, everyone in the Wagle household is eagerly waiting for Rajesh (Sumeet Raghavan) to get the season’s first Alphonso mango for the occasion. As it happens, having mangoes in Gudi Padwa is a top family tradition, so much so that they have named it as the mission “Halla Bol ”. While excitement in Wagles is at an all-time high, Rajesh fails to get the mangoes due to their high prices and is disappointed. Additionally, Srinivas (Aanjjan Srivastav) being wrongly accused of stealing the mangoes meant for the client adds to their woes.

Though Srinivas denies the claim, his suspicious behavior makes Rajesh curious who can smell the aroma of mangoes in the house. On the day of Gudi Padwa, he is welcomed by his neighbors and family in Maharashtrian attire and Sakhi sets the tone for the festival by (Chinmayee Salvi) grooving to a Marathi number. Amidst the celebrations, as Rajesh begins to feel deeply distressed for being unable to keep his family tradition alive, Senior Wagle comes to the rescue. He confesses that he had already bought the mangoes in advance because he knew how significant these little traditions are. Rajesh gets relieved to know that the client was a big-time fraud and had stolen the mangoes themselves.

Srinivas then places the mangoes together in a plate and asks Sakhi and Atharva (Shehaan Kapahi) to pounce on those saying “Halla Bol” which is actually a Wagle custom of everyone eating mangoes from one plate. Can it get any sweeter? With yet another occasion, Wagle Ki Duniya manages to highlight the power of unity and how festivals turn merrier when families have each other’s back.

Sumeet Raghavan essaying the role of Rajesh Wagle says, “Gudi Padwa is a very important Maharashtrian festival as it marks the start of the New Year. While we look forward to the festivities, we realize that the festival also holds so much significance because of the simple yet unique traditions our families follow and the fond memories that each one of us have of celebrating it together as a unit, a team. These episodes are Wagle Ki Duniya’s attempt to offer a sneak peek into one such household where everyone understands the importance of such traditions. If one member of the family falters, there is always someone else to have their back and that is the beauty of such festivals!”