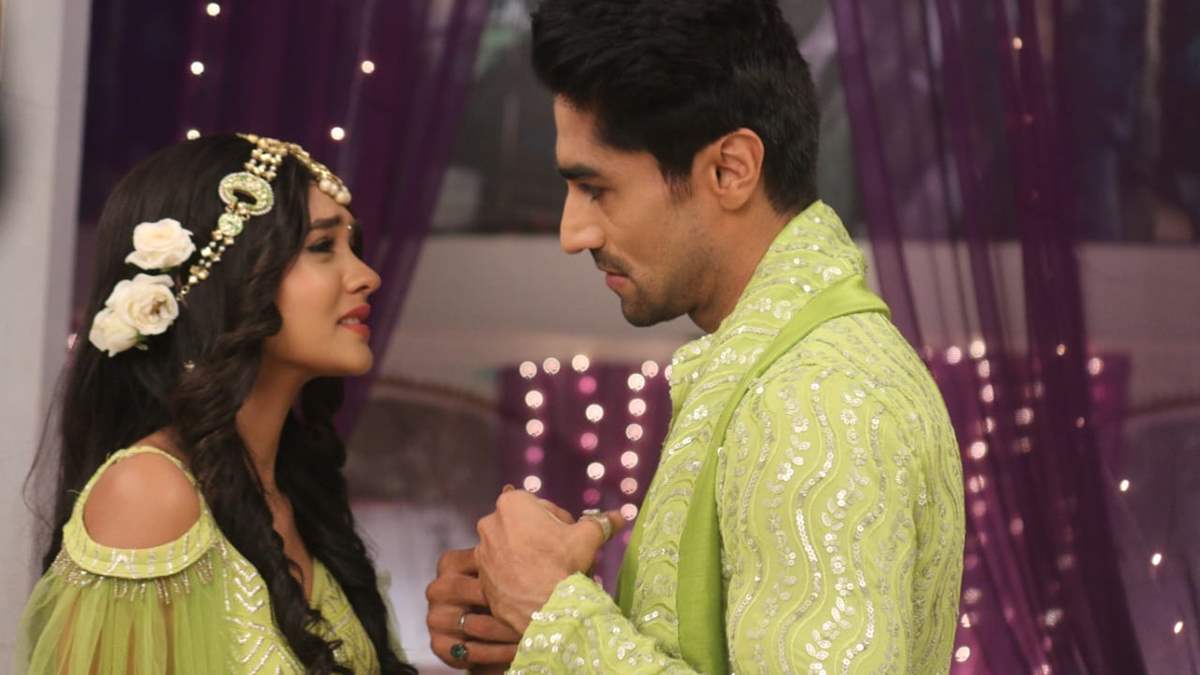 The Saturday episode of Rajan Shahi’s “Yeh Rishta Kya Kehlata Hai” started with Abhimanyu telling Neil and Paarth that it shouldn’t be so difficult for Akshara to choose between him and Aarohi. Neil tells him that it would have been difficult for them too if they were in Akshara’s shoes. Abhimanyu leaves from there and tells them not to follow him.

A little later, Abhimanyu is sitting in the park upset as he feels Akshara won’t choose him. But then he hears Akshara singing “Aapki nazron ne samjha” and finds her there. He hugs her and tells her that he thought she would choose Aarohi over him. He asks her if he is happy with her decision and Akshara says yes. She tells him that it takes some time for her to realise what she really wants and he should give her that. Abhimanyu tells her that he trusts her. In the flashback, we see that Manish asked Akshara to pick Abhimanyu. Akshara is in tears and Swarna tells her that Abhimanyu is a very nice guy, and she should choose him because there is a chance that he might let Aarohi attend the wedding for her happiness, but if she doesn’t choose him, she will lose this chance forever. Aarohi is upset with whatever is happening and Akshara goes to her and tells her that she had asked her to tell the truth to everyone but she refused and now they are all suffering. Aarohi taunts her that she is not going through any pain and asks her if she is letting Abhimanyu go. Akshara tells her that though she loves her a lot, she will choose Abhimanyu this time. In the present time, Akshara hugs Abhimanyu and wonders if he will forgive Aarohi.

The families then gather for the mehendi and Abhimanyu notices Aarohi coming. She tells them that she is here to do a ritual and puts mehendi on Akshara’s palm. She tells them if she had not come, they would have said that it was just one ritual and Aarohi could have come. She then tells Abhimanyu that she will get punished for performing the ritual. He asks her to stop overacting and gives her shagun.

Mahima then asks them to start the ceremony. Abhimanyu then notices Akshara alone and asks her if she is ok. He asks her if she is happy with her decision. Akshara tells him that she is very happy and asks him to trust her. Neil then calls them and Akshara accidentally slips and her mehendi gets washed off. Akshara is in shock.

In the upcoming episode, we will see that Akshara and Abhimanyu’s mehendi ceremony has begun and everyone is dancing. Abhimanyu notices the chandelier falling and he runs to save Akshara but Aarohi pushes her and gets hurt herself. To know what happens next, keep watching “Yeh Rishta Kya Kehlata Hai”.