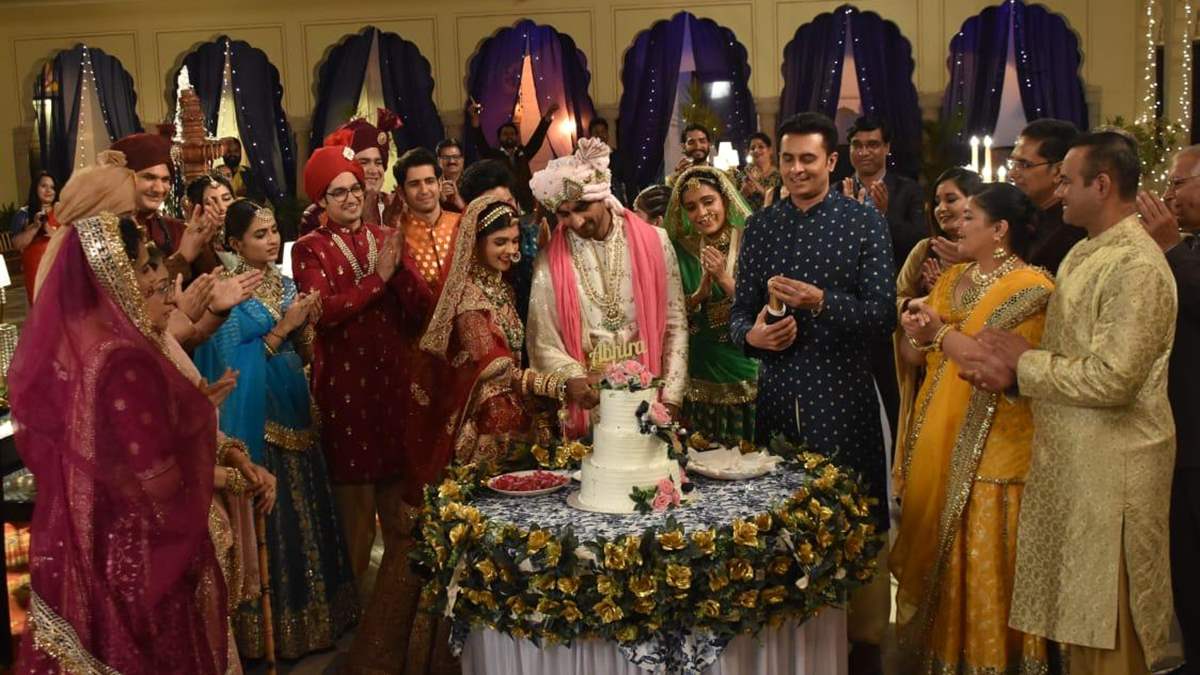 The Wednesday episode of Rajan Shahi’s “Yeh Rishta Kya Kehlata Hai” started with Akshara and Abhimanyu taking everyone’s blessing after their wedding. While doing so Akshara notices Neil wearing her sandals. Neil tells her she can’t do it anymore and gives her sandals back. He tells her that he just wanted to change the age-old ritual of a groom’s shoes getting stolen and helps Akshara wear them. He along with Nishtha then dances on “Waah waah ram ji” and Manjari also joins them. Later, the Goenkas also join them in the performance.

Harshvardhan then tells them that he has organised a cocktail party so that Abhimanyu can meet investors and doctors. Abhimanyu asks him if he remembers his wife Akshara and Harshavrdhan asks her to join in along with the Birlas. Manjari tells them if anything concerns Akshara and Abhimanyu, then both the families will join in. Later, Harshvardhan and Mahima are talking to a doctor couple. They ask them why Abhimanyu didn’t get married to a doctor because if a couple was working in the same profession they have a better understanding, and Harshvardhan tells them it was a love marriage. Akshara overheard their conversation and seeing her there Mahima called her. However, Manjari comes there and tells them Akshara is also a kind of doctor as she is a music therapist. They ask her if it’s just a marketing gimmick. Akshara explains to them all about music therapy. Seeing them impressed by what Akshara said, Harshvardhan and Mahima take them away. Manjari vows that she will not let Akshara go through things that she went through in their house.

Later, Swarna and Suhasini tell Abhimanyu that he can take Akshara with him after 11 days. They were just pulling his leg but Abhimanyu got worried. They then ask him to recite something and then only he will be able to take Akshara. Abhimanyu recites an interesting poem and leaves everyone impressed.

Then, it’s time for Akshara’s bidaai and she gets emotional as she bids adieu to her family. Swarna tells her that she will have to take care of the whole family now and Akshara tells her that she is really scared if she is not able to live up to everyone’s expectations.

In the upcoming episode, we will see that Akshara and Abhimanyu reach the Birla house and Akshara tells him that she is excited to enter her new home. However, they find the doors closed. Akshara gets upset seeing this and so Abhimanyu tells her that the profession his family is in their time is not theirs but of the patients. To know what happens next, keep watching “Yeh Rishta Kya Kehlata Hai”.