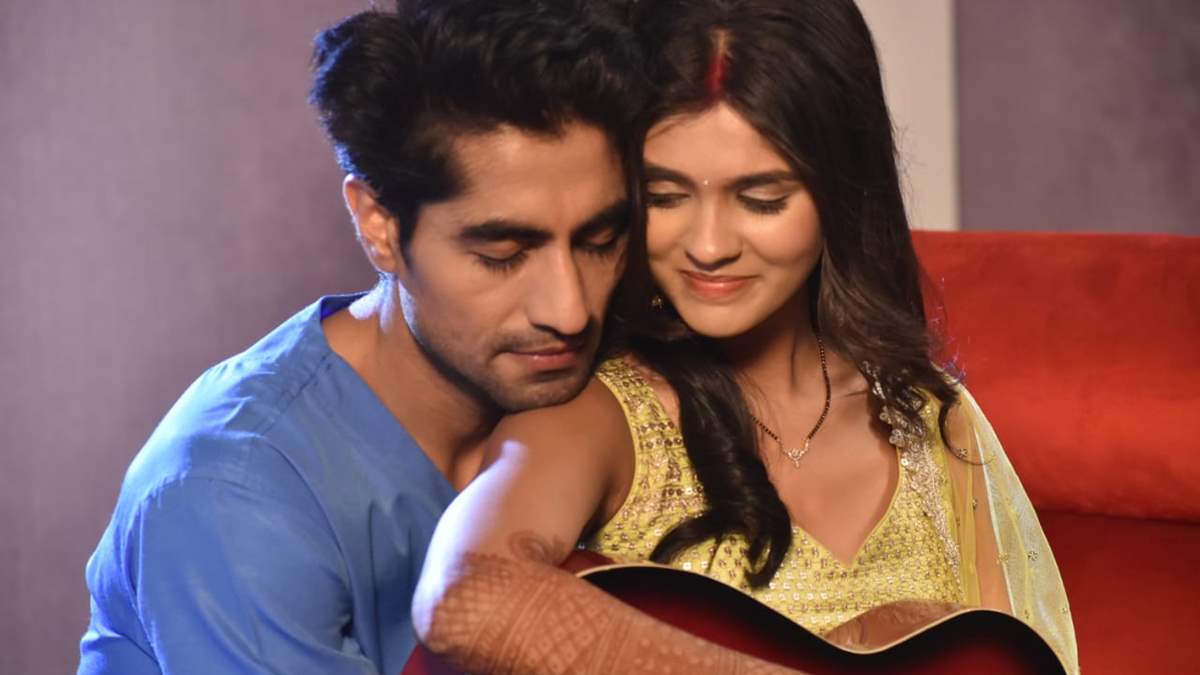 The Saturday episode of Rajan Shahi’s “Yeh Rishta Kya Kehlata Hai” started with Aarohi telling Abhimanyu that she is there for the Ramani case. Harshvardhan notices them together and thinks that though they both are very sincere when it comes to their work. At the same time, Kairav is worried about Akshara and Manish asks him to let it go saying that Abhimanyu is also working in spite of being so tired and he should stop worrying about Akshara so much. Later, Abhimanyu reaches home and he finds Akshara playing her guitar. They spend a few romantic moments before Abhimanyu realises it was just a dream, and he is still at the hospital. Abhimanyu then leaves for home thinking he will surprise Akshara, but Akshara left him surprised by decorating their room. He then finds her sleeping on the sofa and puts her on the bed. He apologises to her for being so late.

The next day, Akshara wakes up and finds Abhimanyu sleeping on the floor. She asks him to come to bed and asks him to rest for a while. She then gets ready and goes to the kitchen and asks Manjari what should she make for her first Rasoi. She asks what everyone likes and Manjari tells her at the Birla house they prefer eating fruits and cereals. Akshara still tells her that she will make kachori for Neil and Abhimanyu. Manjari asks her to make kheer for the others. Akshara then asks her what she likes, and Manjari is surprised that someone in this house has asked about her likings and tells her that she likes sabudana kheer.

At the breakfast table, Harshvardhan and Mahima are still talking about how humiliating it is that Abhimanyu did not marry a doctor and people are still taunting them. Manjari then brings Akshara there and tells them that Akshara has made her first Rasoi. Akshara tells them she made sabudana kheer and Harshavardhan said “chee”. Harshvardhan tells Manjari that she at least knows about his likings. Akshara keeps standing there seeing how Manjari is serving food to everyone. She tells everyone that they can at least have a little bit of the kheer. She serves it to them and touches their feet, but Mahima tells her she should not do all these things in their house. Akshara wanted to say that Mimi has taught her, but Harshvardhan interrupts her and tells her that she should forget all that now because she is in Birla house.

In the upcoming episodes, we will see that Manjari tells everyone that she was thinking that they all must do Akshara’s ritual. Hardhvardhan asks her since when she has started thinking so much. Abhimanyu overhears their conversation and reacts to it. Later, we see Manjari following Harshvardhan and asking her to have something. Abhimanyu interferes and tells him that he should talk respectfully to his mother. Harshvardhan tells him that he is talking to his wife. He then tells Abhimanyu that he doesn’t know how to talk to his elders and soon his wife will also talk like him. To know what happens next, keep watching “Yeh Rishta Kya Kehlata Hai”.