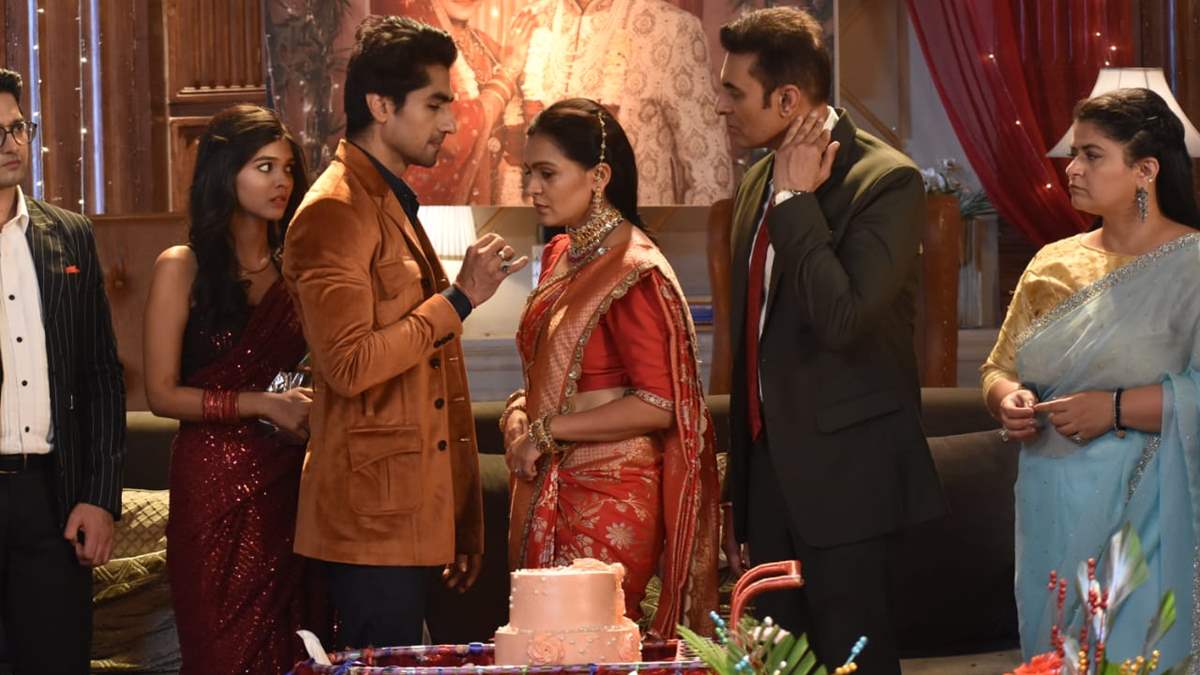 The Monday episode of Rajan Shahi’s “Yeh Rishta Kya Kehlata Hai” started with Akshara thanking Abhimanyu for coming on time and asking him if he is happy with the surprise that she had planned. The cake comes and Akshara asks Manjari and Harshvardhan to cut it. She then hears Harshvardhan telling Manjari that she could have stopped from doing so but she kept quiet and now he will seek his revenge for putting him in such a bad situation. Akshara is shocked to hear this. Manjari then cuts the cake and the guests ask Harshvardhan to give it to Manjari and he tells them it’s not good for his health. The Goenkas sense that something is not right and Kairav is heard saying that Akshara did it with good intentions but nobody saw that, while Aarohi can be seen mumbling that Akshara should stop celebrating every occasion. Abhimanyu then takes Manjari to his room.

Akshara tells the Goenkas that they should enjoy the party, and leaves for 5 minutes. She goes to her room where she hears Abhimanyu telling Manjari that he knows she is hurt. Manjari has tears in her eyes and Abhimanyu tries to comfort her. Manjari then tells him that there are guests waiting and she should go to them. She also asks Abhimanyu to not vent his anger on Akshara. At the same time, Kairav tells the Goenkas that they should take Akshara along with them because the situation at the Birla house doesn’t seem good.

Meanwhile, Akshara bumps into Harshvardhan and apologises for the surprise party. She tells him that she didn’t know it would hurt him so much. Harshvardhan tells her that he doesn’t need her sorry. Abhimanyu overhears their conversation.

Manjari is busy looking after the guests and Kairav asks her if they can take Akshara with them. Manjari agrees and tells Akshara that would be for the best. Akshara goes to talk to Abhimanyu and asks him if she can go. Abhimanyu replies to her rudely that she can go. Akshara tells him that anger quite often damages a lot of things. Akshara then finds the tickets that Abhimanyu had booked and gets upset. She leaves from there.

In the upcoming episode, we will see that Abhimanyu is at his home when Manjari comes to him and tells him that he needs to go to the Goenka house and bring Akshara back to complete the pag phera ritual. At the Goenka house, Akshara is waiting for Abhimanyu and rushes to the main door. She is about to faint and the family looks at her in shock. To know what happens next, keep watching “Yeh Rishta Kya Kehlata Hai”.